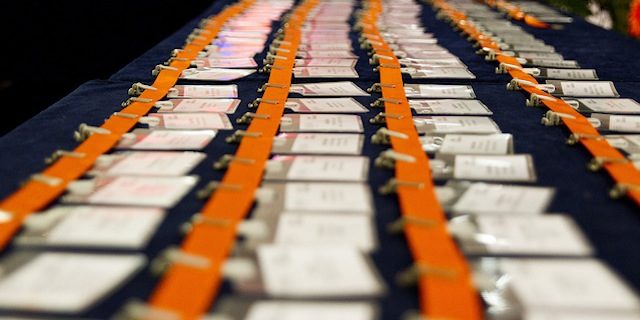 Where Does SEO Belong in the Overall Marketing Mix?

I believe that there is a problem that SEO is facing in 2013, and will continue to face moving forward. I believe there is the risk that, as SEOs, we will spend too much time focusing on what we’re going to call ourselves and forget exactly what it is that we should be doing. Both to raise the profile of SEO as an industry, and continue to push the boundaries. While we’ve heard the pleas that ‘SEO is dead’ for a long time now, and SEO has had it’s fair share of criticism. I believe this is unfounded, spend in SEO is burgeoning and grown hugely, and it is not going to go anywhere soon.

However, a spate of new monikers or ‘rebranding’ in the industry has only served to confuse things in a way that we are siloing ourselves and causing alienation amongst the broader online marketing community.

For a long time there has been significant confusion with SEOs titles, while historically (1990’s-early 2000’s) they may have fallen under the title of ‘webmaster’ or ‘website manager’, and were named appropriately, as they were generally tasked with fixing pretty much anything to do with the website, hosting, CMS etc. More recently (early 2000’s-late 2011’s), in correlation with the rise of the SEO industry, the term SEO became more familiar to see on business cards.

However, over the past 12-18 months (2012-2013) the job titles for those working in what may have traditionally been referred to as an ‘SEO’ have spawned into a broad array of confusing titles. A multitude of weird and wonderful (not to mention downright mysterious) job titles have been filling up name badges across SEO conferences in the UK and further afield. Just a small selection of those that I’ve come across include:

…and that’s just to name but a few. It’s almost as if some of the job descriptions have been written with a little too heavy reliance on the amusing SEO job title generator.

Now, let’s get this straight, I don’t wish to turn this article into a battle over buzzwords, nor debate whether ‘content marketing’ or ‘inbound marketing’ are good definitions for what we as an industry do. I’ll mostly leave that to James Carson to speak sense of and discuss looking beyond industry buzzwords. My point here is, this has only helped to increase the confusion of our discipline within the digital marketing industry. In 2013 arguably less, not more, stakeholders are understanding where SEOs strengths really lie.

It’s worth mentioning that my belief in this confusion came from personal experience. I previously held the title ‘engagement strategist’, this so often forced me to deliver a 2 minute introduction to explain what it really was that I did (read: SEO), how the title referred to the internal structuring of our team. It caused people to switch off and stop listening to me before I’d even really got their attention. I believe this is a similar stage to where the SEO industry has got itself into now.

So, why has there been such an urge to move away from the arguably all encompassing job title of SEO? I believe that there are a number of reasons for this, which I’ll explore below…

So I had to point this out before someone jumped on the bandwagon and pressed the ‘SEO is dead’ buzzer. Some people may argue that the term SEO, for an individual that works in SEO, has changed because god rest it’s soul, SEO has died. It hasn’t, SEO budgets are growing and SEO’s are adapting to the changes in the search landscape. But seriously, can you imagine an online world without the need to search…? Thought not.

It’s a psychological trait that some individuals want to be part of an elite. People seek the desire to form an elite with those that have similar specialised training, who are deemed more influential than others or are situated in a higher position in society (or at the least the online marketing community). Sound familiar?

As SEOs, I believe we are fairly elitist. Some believe, more so than others, that they know more things about a topic so often shrouded in mystery, battling the great giant that is Google means that they are greater than the sum of the other parts. Well, you’re wrong. While I believe the collegial nature of the SEO industry  is unlike many others and something we should all be very proud of. We’re not better than everyone else, and you know what? If you’re acting that way, that may be the very reason you’re getting left out of the important conversations… 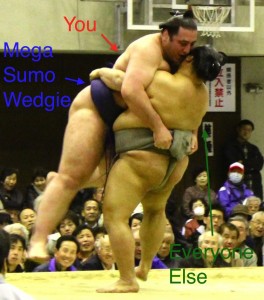 Crossover with other online marketing disciplines

At the crux of the issue, it seems that the desire to move away from being a bog standard SEO has been caused by the crossover of SEO with other online marketing disciplines. 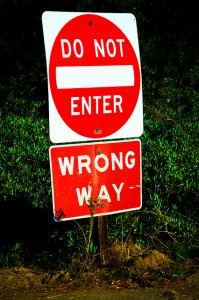 More and more, SEOs are sitting at the table with: social media managers, content creators, PRs, corp comms teams, developers… etc, and this is a great thing! But unfortunately I think that SEO is losing whatever weight it had in these discussions because of the lack of clarity of exactly why we are at that table. They are struggling to understand what we really do because all they’ve seen is an email invite with the footer reading your job title is ‘Super Inbound Traffic Conjurer Guru’…

With the Panda and Penguin algorithm updates, many have discussed incorporating SEO with your other online marketing strategies (something that brilliant SEOs have been doing successfully for a long time).

What Skills Do SEO Possess?

There have been numerous articles written on what the optimal skill set of an SEO is, that is for another article and I won’t begin to regurgitate the information that has already been put across by others, instead I’ll point you in the direction of two opinions I very much agree with: Barry Adams, in his concise but accurate list of essential skills for SEOs and Bob Tripathi in his list of must-have SEO skills.

Personally, I believe that great SEOs should have the following properties:

This is where we should be focusing our time, on what, as SEOs, we’re good at. And stop worrying about what we’re going to call ourselves… I think that through this desire to move away from a somewhat pejorated word ‘SEO’ for our discipline, SEOs are really at risk of losing focus on:

I may well be alone in this, but let’s open it up to discussion, it would be interesting to hear your thoughts on this: