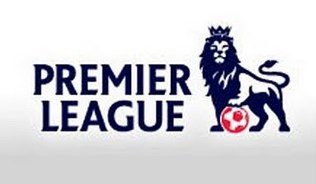 As an avid football fan (soccer, depending on from which continent you are) I love to watch the English Premier League. The best league of the world (so say the English themselves), and dare I say: the most entertaining one. Packed stadiums, perfect pitches, top matches galore and almost every week a David and Goliath story.

But why compare SEO to the Premier League? Well, there are still a lot of naysayers, people and businesses who don’t understand what it takes to get something out of search. And what better analogy than to use football, the game everyone loves and likes (especially in England!), to convince them of the hard work it takes and benefits it can give you.

You have to spend money, to make money. The Premier League has the highest revenue of any football league in the world (so says Wikipedia). But to get to that money, you first have to spend money. A lot of money. This summer alone, the clubs spent a whopping 485 million pounds!

The same goes for search though. Especially for competitive keywords, ranking highly can come at a cost. This basically means spending time, money and other company resources just to compete for those top five slots. And even when you are hiring consultants, plucking away at link building or creating content on a regular basis, there is no guarantee you will end up number one. But the rewards can be great and research shows that people continue to invest in SEO. 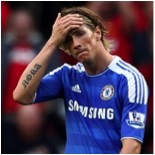 And yet, that money has to be invested wisely. It’s the same reasons as to why Everton has ended higher in the league than most competitors who spend more money. And why Arsenal is always a dark horse (although the 8-2 beating at Manchester United this year was painful to watch). And it is the same reason Chelsea by now have paid 25 million pound for each goal Fernando Torres has scored since joining the Blues in January 2010 (although his miss against Manchester United this weekend was priceless).

When optimizing your website for search engines and your target audience who use search engines, it is key to spend your money where it makes the most difference. Especially for smaller businesses, the marketing budget isn’t endless and that means making choices. You have great content but zero links to your site? Investing in link building to increase your authority might just be the right move. You have great products, but hardly any content? Search engines might not be able to identify what your site is about and adding great content could increase your rankings.

Authority and experience gives you a crucial advantage

Sir Alex Ferguson has been with Manchester United since 1986. Reshaping the club and bringing it success, the snowball effect took place: with more success came more money, with more money came more success and better players, etc. This has turned MU into a recipe for success and time and time again they end up on top. And the same can be said for teams like Chelsea, Liverpool and Arsenal (with more varying degrees of success): those teams are at the top, and stay at the top. Their hegemony is very hard to break.

Google and Bing also value experience and authority. Older domains are proven more trustworthy and are likely to have more inbound links, giving them more authority. And if Google has to choose between a fairly new site or an older one who has proven its grounds, the latter will probably be favored. And as with the Premier League, once you are at the top, you most likely have the means to stay on top.

Spending lots of cash can get you far in the Premier League, but it won’t get you everything. Sure, you can buy over 35 (!) players in two seasons, but Manchester City hasn’t been a top contender so far (although, this season they did start well). You have to take all the players and create something unique. Just buying player doesn’t seem to do the trick. Almost all the great teams throughout the years have had players from their own academy who were key to the success. United of course had the likes of Beckham, Scholes and Giggs. Chelsea had John Terry in the back and Arsenal had Ashley Cole in their 2003-2004 title winning squad. And most of all, the teams brought something unique to the table.

Simply copying your competition won’t win you prizes and won’t get you the top spots in the search engines. It’s always good to keep an eye out for the competition and see what they are doing, but when you merely copying their style and bringing nothing of your own to the table you will always be a step behind. Analyzing your competitors back link profile can be insightful, but only going after the same links won’t prove as useful as creating a strategy to get your own, unique links. Same goes for content: copying the content (or at least the gist of it) won’t provide the users with something extra. Duplicate content won’t make you rank (at least, it shouldn’t), and with no extra value, why should users go to your site?

The Premier League has a lot of large pitches, making it ideal for players with a lot of pace. And pace seems to be key in the Premier League. All the great teams have very fast players. Tottenham has Bale, United has Nani and Valencia, Arsenal has Walcott and Chelsea has Ashley Cole. Speed isn’t everything though, but it is telling that Manchester United, with a record of titles, has the fittest team in the league and the fastest player (Smalling, along with Balotelli).

Search engines like speed, as do its users. In fact, Google not only added site speed to the new Google Analytics, the recently upgraded the data and created a ‘performance tab’. And of course, to improve the overall web they have their Page Speed Firefox plugin or Online Test, which helps you to speed up your site. Speed won’t get you higher rankings per se, but a slow site could hurt your rankings and decrease your user experience.

And last but not least, let’s talk about tactics and strategy. Although the English league probably has the most frantic games of the world, and sometimes it might seem that their hardly are any tactics at all, tactics and strategy are still crucial. How will you storm the league and take on your opponents? Will it be defensive, waiting for the other team to make a mistake? Or will you build your team around your best players and hope they won’t leave (Fabregas? Nasri? Where are you?)?

And again, search engine optimization is all about strategy. How will you take on your opponents? With search engine advertising you can fairly quick get to the top of the paid results. All you need is a good campaign and a bag of money. But with SEO, probably more than with SEA, you have to have a strategy. Will you go for the short, high profile keywords? Or perhaps attack the long tail. Is it links you need, go for the big link bait, or carefully craft content for a longer period of time to gain those precious links. And doing SEO means being in it for the long haul: it could take months before you see the results you want. But just like Sir Alex Ferguson who started something in 1986, you have to be confident, have people have your back, work on a plan and see it through.

Well, I could do this all day, find similarities between the biggest league in the world (yes, I said it!) and the biggest online marketing tool at hand (yes, I said it!). Hopefully, by now, you have gained some metaphors you can use to convince the naysayers. That’s what sports analogies are for, right?