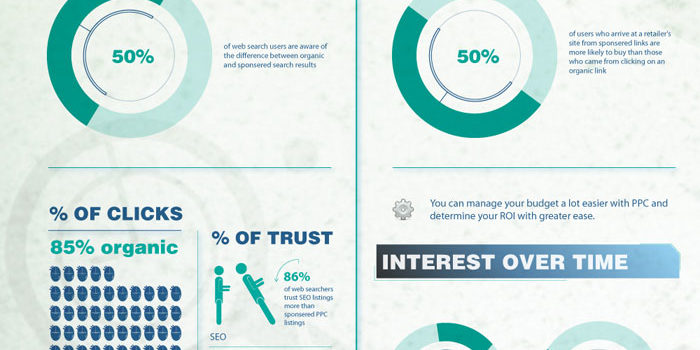 SEO vs PPC – The What And The Why

You have them at conferences sometimes: the battle between SEO and PPC on stage: which one is better, which one is more effective and which one is easier. Probably those in favor of either one of them will never agree on that.

Still there are many who don’t see the difference. People ‘on the streets’ who are asked about Google sometimes say they believe every result in Google is PPC: you have to pay to get up there. But they won’t call it “PPC”, because they haven’t even have heard of the term PPC, let alone SEO. This infographic looks at the initial differences between the both.