Imagine this: your rankings are down. Your impressions have been falling off for a few weeks, but you’re not doing anything differently. With the recent series of major broad algorithm updates, notably in March and June, it’s hard to point to what the exact issue is that seems to be penalizing your site.

But what if it’s not the update? What if the dramatic changes you’re seeing are due to how and what people are searching for, instead of how Google evaluates websites?

This one goes to SEOs out there who are obsessed with Google updates. Before jumping into any update bandwagon, double check your historical data before going crazy with changes on your website.#seo #googleupdates pic.twitter.com/4AXbTBk63k

Seasonality is the natural fluctuation in interest in a topic over time.

This is a known effect in ecommerce–and even in offline commerce–where interest in and sales for certain items peak at different times of the year. Christmas gifts and Halloween costumes aside, whether it’s baseball tickets during the baseball season, BBQ accessories for the summer, or spiral notebooks just before school starts, many commercial searches are driven by seasonal cycles.

As Google Trends illustrates, the popularity of a given search may also show the effects of seasonality, whether the variance occurs annually, monthly, weekly… Sometimes this is extremely predictable. For example, more people search for “fireworks” around holidays associated with fireworks displays, such as in July, or late December:

Dealing with Ecommerce Seasonality as an SEO

Having a business with seasonality can be stressful. It's always encouraging when we check into Google Search Console to see how those businesses are performing in organic search and see something like this. #SEO pic.twitter.com/s6NRGjCWyK

These strategies often rely on dedicated landing pages for the seasonal search terms, and dense internal linking to promote both the landing page and the related seasonal articles. Landing pages often take the form of category pages, but attempt to provide content that will allow them to rank easily, such as this texted at the bottom of the Summer Toy List page on Amazon:

Jordan Koene from Searchmetrics suggests a two-part strategy for season SEO: understanding your content assets in advance, and setting realistic expectations particularly regarding “the adequate time that’s required for Google to crawl, index and place authority for high rankings for that content”.

If, in your sector, this requires building backlinks, you may need to start your SEO and content work even earlier.

Other types of queries that may be affected include both “Know” and “Go” queries:

But sometimes the Google trends are not enough to show what’s really going on, as not only do the number of searches increase, but the order of results change drastically for a short period of time, before returning to their usual state. Sites might lose or gain positions rapidly, but for a shorter period of time.

When SERPs are affected, we’re no longer talking about an increase in the exact same search, but rather in a shift what the searcher expects to see in the results–in short, a shift in the search intent.

Based on patents, statements from Google representatives, and the Google Search Rater Guidelines, we already know Google uses different techniques to modify the SERPs based on intent. We also know that “Google will frequently – and often dramatically – change the ranking order and appearance of a search engine result page (SERP),” as Tom Rayner observed during his discussion on latent intent, or query connotation.

Tom Rayner takes it for granted that seasonal shifts in intent produce the same sort of changes in the SERPs. And with reason: the evidence for volatile, seasonal SERP is well-established, but not particularly well-known.

Wow. This is interesting. This is Google serps responding to seasonality. eg. The intent changes based on time of year, and so do rankings. pic.twitter.com/IHEhg6NWbY

Tom Capper, at Distilled, has also argued for this type of SERP volatility based on his experience, particularly for major search terms. He noted last November: “My research and experience are leading me increasingly towards a more dynamic and responsive model, in which Google systematically tests, reshuffles and refines rankings over short periods, even when sites themselves do not change.”

To demonstrate, he looked at the effect on the search term “mothers day flowers” over the two weeks before Mother’s Day, which “goes from being a backwater search term where Google has little to go on besides ‘ranking factors’ to a hotly contested and highly trafficked head term.” The resulting movement in the top ten organic spots is telling:

Different things may cause change in intent. In some cases, seasonality can drive changes in the meaning behind the search terms themselves.

For “World Cup” searches, not all peaks correspond to queries regarding the men’s football finals:

The SERPs change during these period to better offer the content searchers are looking for. This concerns both SERP features, such as sports results and the knowledge graph, and, of course, the organic results for these search terms: 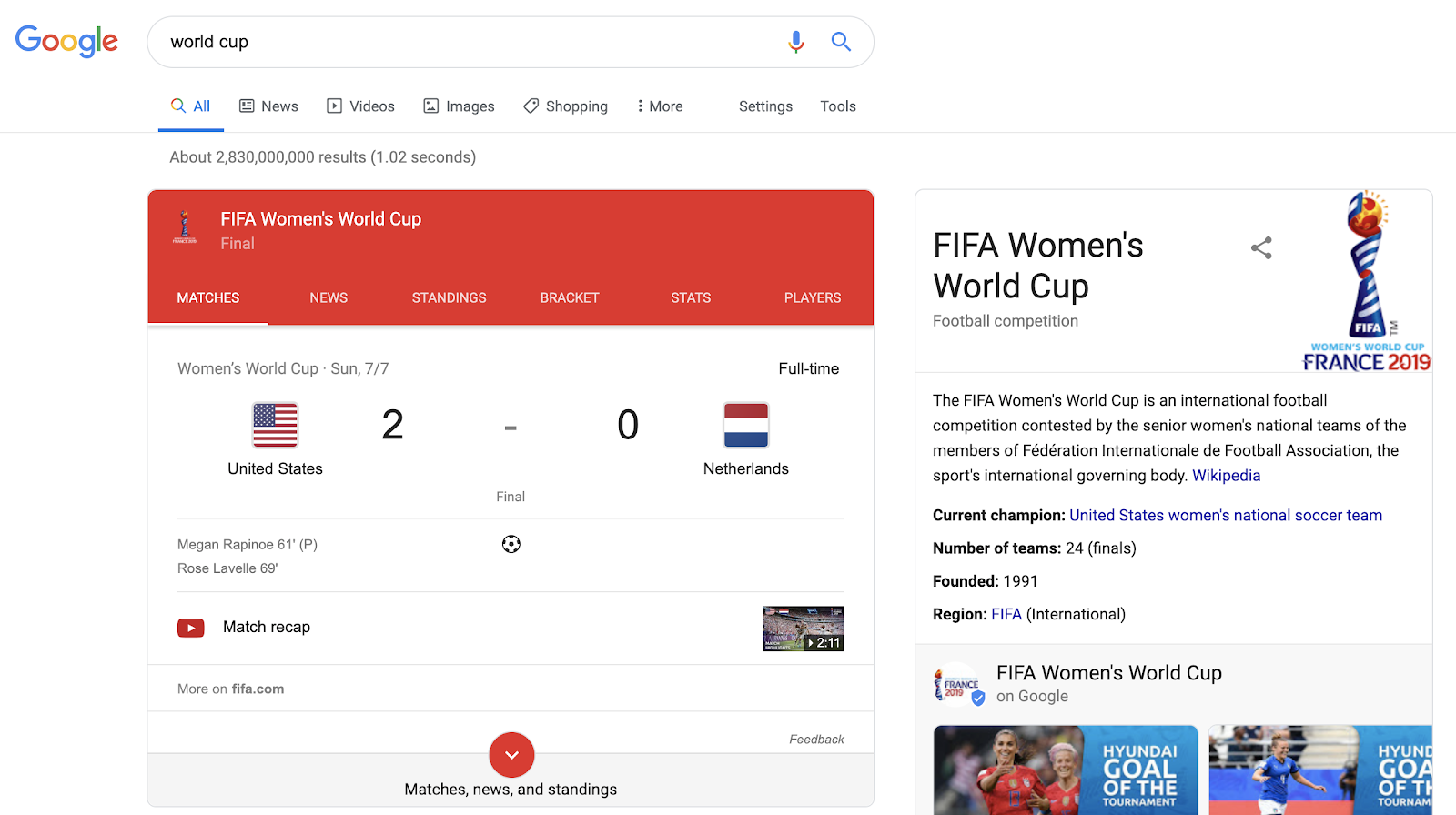 When Conductor analyzed Valentine’s Day searches this year through the lens of stages in the customer journey, it discovered “some extremely interesting findings, especially around the way the SERP results reveal different customer intent for key head terms in searches.”

For example, you might own the SERPs for “know” queries, but not the “do” or “go” queries that create seasonal peaks.

Typical signs you’re affected by seasonal SERPs are recurring losses of traffic or rankings that are recovered over time. These drops might last a week, a month, or even longer, depending on the queries they draw most of their traffic from.

Regular site monitoring and use of historical data can help establish that this is the case.

You can also use log monitoring to reliably track page hits from users coming from search engines, as well as bot behavior. Googlebot behavior tends to change before SERP modifications occur, which can give you a heads up in advance. These trends are most visible on large sites with significant crawl attention from Googlebots. 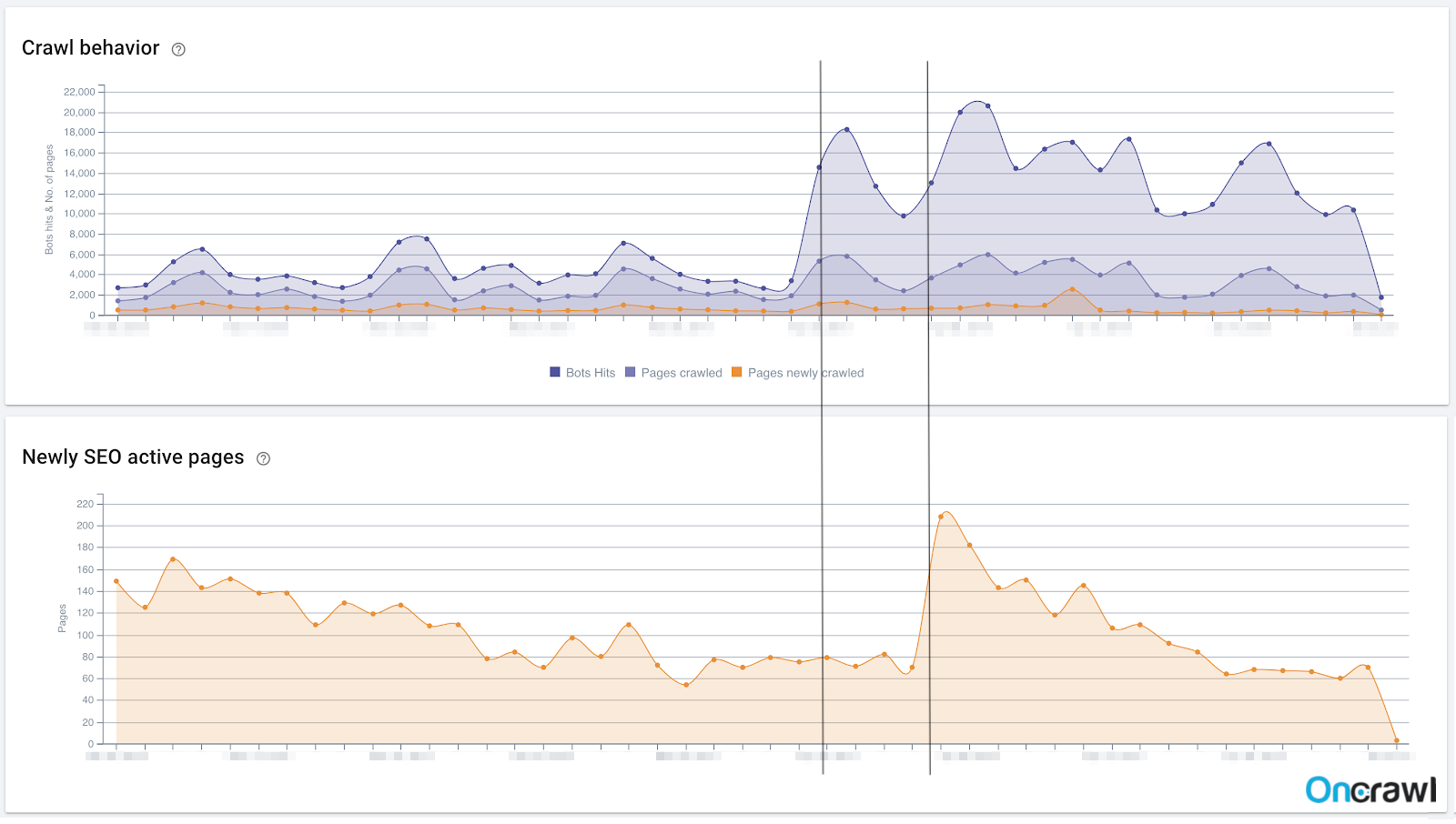 If you can track and capture user intent in seasonal SERP variations, the payoff can be huge. Here’s an example of the yearly lead-up to the Grammys for the official Grammy website:

The #GRAMMYs are a nice example how Google factors seasonality, demand, and search intent into their rankings. The official Grammy website gets +30% SEO Visibility during the event. pic.twitter.com/PebDx48V5K

To take advantage of this, you will need to follow these steps:

It surprises a lot how many SEOs rarely directly look at the SERPs, but do that only through “the ? “ of a tool. Shame! Look at them & youl’ll:
1) see clearly the search intent detected by Google
2) see how to format your content
3) find On SERPS SEO opportunities pic.twitter.com/Wr4OYAcmiG

When analyzing the SERPs, determine what has changed:

If you’re struggling to identify search intent in the SERPs, Ann Corbett wrote a guide for SEMRush.

Finally, it may be too late for this season, but be prepared for the next cycle. Adapt or add to your existing content. The goal is to provide quality content for the seasonal search intent in order to unlock traffic and rankings associated with it.

OnCrawl
OnCrawl is an award-winning technical SEO platform, that combines your content, log files and search data at scale so that you can open Google’s blackbox and build an SEO strategy with confidence.
Find out more about OnCrawl 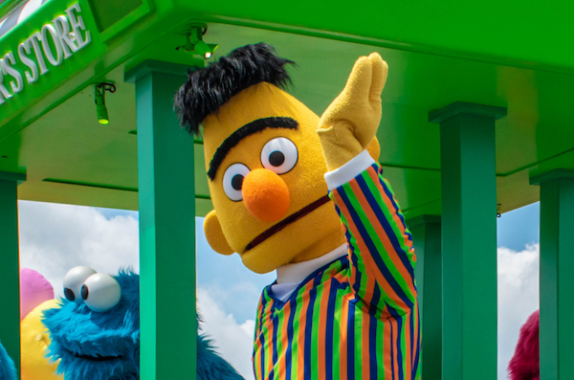