SES Berlin 2010: Search around the world

Hi everyone – welcome to the very first session of the day at SES Berlin 2010. We do have really bad weather in Berlin so it’s a perfect day for a search conference. The venue – the new NH hotel at Berlin Friedrichstrasse – looks promising so far, coffee is all set and I’m ready for some blogging.

First session for me today is called “Search around the world” which is going to be in English – actually it’s the only English panel of the day – with Mike Grehan, Andy Atkins-Krüger and Richard Zwicky. Mike kicks the things off introducing both speakers who are going to cover search marketing on an international level.

Richard Zwicky of Eightfold Logic starts by killing the micro – big laughs in the audience. Richard is starting by mentioning that there really are different perspectives in the US versus rest of the world. He states that Americans usually just think about “what goes on in the US”, same for other countries. People tend to think too locally.

Next, he brings up some really interesting datapoints comparing the US versus Europe: Looking at search referrals in Europe there is 96% of the traffic coming from Google – in the US it’s just 76% (it was >80% last year). Way smaller – which means Bing is really getting some market penetration there.

Here are the key takeaways from Richards presentation:

Another thing that’s really interesting and worth mentioning: Richard prefers having a .com using a sub-directory for geo-targeting – interestingly Andy disagrees and definitely prefers using localized ccTLDs. I do agree with Andys opinion – getting ccTLDs right seems to be way more effective. They rank stronger, convert better, etc.

Last thing Richard mentions is that the Google Keyword Tool really doesn’t show you exact numbers (no news here) – it’s just an idea about how large the volume for a key could be – but it’s far away from being precise. Just keep that in mind if you’re working with Big-G’s keyword tool.

Next one up is Andy – here are some statements I really found to be interesting:

When doing a market rollout – for example to China – you don’t target the full country. You usually target on a per-city basis. Beijing has 14.9 million potential contacts – you go there first and continue with other cities as well. Also the East of China has way more money – so the outcome of a paid search campaign will be way more successful because the monthly income is way higher.

Looking at Russia there were 9 million users in 2003 vs. 43 million users in 2010 – a day. So there is also a strong growth in this country. Again, something you really should have a look on. Another interesting fact: Opera has a market share of around 32% – whew quite a lot. So definitely make sure your site does work in Opera as well!

Let me close this by pointing over the the Web Certain Search and Social Report 2010 – go grab it here: It’s 23 slides on international search stuff – really worth a read! Guest Contributor
This post is written by Thomas Hertkorn of Ads2people who is guest blogging for us on SES Berlin 2010. Keep an eye...
Read More 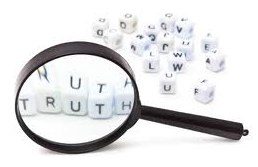 Bastian Grimm
Good morning everyone! Welcome back to another session at SES Berlin 2010. The next session of the day is called...
Read More 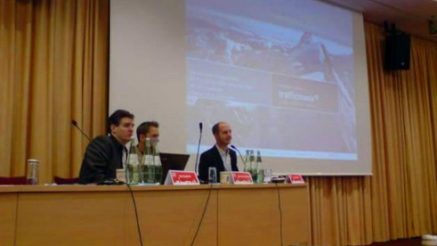 Guest Contributor
This post is written by Thomas Hertkorn of Ads2people who is guest blogging for us on SES Berlin 2010. Keep an eye...
Read More
Join our 9,000+ Subscribers
Receive daily, weekly or monthly updates on our latest content