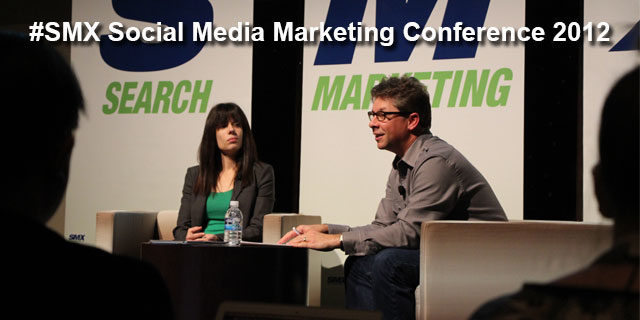 Keynote #1 Del Harvey the Director of Trust & Safety at Twitter spoke with Danny Sullivan about ‘Twitterquette’ and Keynote #2 Vic Gundrota from Google+.

This post concentrates on Keynote #1 as since the session, the hangout video with Vic Gundrota and Danny Sullivan has been released so can be found in a separate post.

Twitter – love it or hate it, drives social love and traffic. Do we all use it wisely, or are we all spamming without realising?

Using the example of a Bookstore that was on the verge of going out of business. The son of the business owner Aaron Durrand sent a tweet that accidentally went viral and saved the bookstore from closing.

The lesson, if you connect, you win friends – but what if you don’t connect or engage, what makes people decide that you are not a useful resource, but just an annoying tweeter?

Del Harvey took us through some do’s and don’ts when running your Twitter account, and things that will get you unfollowed in a flash!

@this, @that, duplicate tweets with different ‘@’ replies is still spam – your feed will end up with the same tweet over and over again but to different people.

Spam spam spam spam spam – shows little imagination, and if your followers also follow some of the people you are tweeting it is only a matter of time before your feed becomes annoying.

Host a chat – interact with with others

Run a contest – everyone likes something for free, so give the people what they want! A great example of mercedes using Twitter to get the public to control and vote for how the video ad went next was a very cool success using the #youdrive hashtag. Del suggest that there is plenty of room for more cool contests.

Announce a Sale – start the conversation, encourage people to interact with you from the off

After the short presentation, Danny and Del started the Q&A

I missed some of the conversation, but the entire Q&A was written up by Courtney Seiter on the Raven Tools live blog

Pictures of the event can be found here