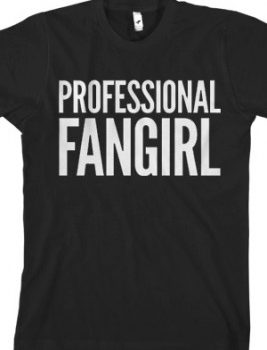 Social Media Celebrities and Why They are the Best Digital Marketers

State of Search readers, I have a confession; I am a total Internet Celebrity Fan Girl.

I ADORE the self-made social networking protagonists that have shaped careers, followings and lives through their personalities online. 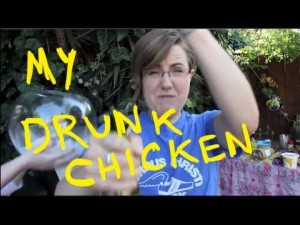 Social Media Celebrities are natural marketers, and I don’t mean this as an insult. What I mean by this is that they have thought about something they think people will like, they have tested it, they have listened toopinion, improved their offering and tested it again. Many have built a small empire off the back of opinion; they have traversed the rocky mountains of ‘public advocacy’ and entered the leafy dales of ‘influencers’ – a coveted place to end up!

There are a number of categories these characters can fall into, and I wanted to share a selection of my favourite ones and how important they are to the commercial viability of anything online.

A collection of individuals who share no distinct common trait other than their impressive grasp of the YouTube interface and YouTube Partner status. The successful YouTuber is a diverse species, the YouTuber creates videos designed to entertain that develop from a small niche following mostly made up of friends and family members to a large contingent of fans who await the next video updates with almost manic ferocity and unwavering loyalty.

YouTuber fans are some of the best fans out there with their loyalty traversing the boundaries of other social networks. Communities are built around individuals; fan Twitter accounts are sometimes created.

A few fantastic YouTubers who have gained internet celebrity status and used it to create and market a successful brand are:

Simon’s Cat – If you haven’t come across this yet, then I urge you to spend some time ‘researching’ it at your next available opportunity. Your career in social media depends on it (disclaimer: it doesn’t). Created by Simon Tofield an Illustrator, and based on real-life adventures with his cats, Jess Maisy Teddy and Hugh Simon has used YouTube to showcase his ‘mad skillz’. Simon’s Cat grew and grew in its popularity and Simon has since worked with the RSPCA, created books and has a range of branded goods. Miow!

My Drunk Kitchen & Hello Harto  – My Drunk Kitchen does exactly what is says on its slightly slurring tin while Hello Harto is an extension of the viral success MDK (I’m a fan, I shortened it, it’s what us ‘fan’s do) had for its creator Hannah Hart. Hannah has used her internet fame for some pretty impressive work within her local, national and international community campaigning for social change and tipsy cooking respectively.

Jenna Marbles – not for the under 18s (I’m British, I have to say that) Jenna is a prolific YouTuber who releases opinion-based vlogs; all in a hilarious way.  Jenna has built a brand around her personality something that is extremely hard to do in such a fickle market. It takes balls, big lady balls, My hat is tipped to this lady.

DavidSoComedy  – Another opinion-based comedy vlogger who also does skits with various YouTubers. The man has a voice of an angel, the wit of a very witty person and the cheeks of a 2 year old. His likeable, relatable and very well edited content turns heads, encourages shares and invites comment. If this guy was running a YouTube based social media campaign for you, he would do it so well you would cry and hug him and never let him go. 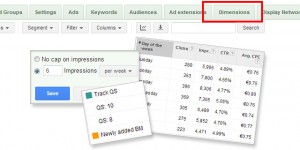 Generally an introverted bunch – however not always – the Tumblr illustrators use their talent to create something then use Tumblr as a way to propel this to people who care about it. Their material is funny, meaningful, dark or random; they see things within society that others overlook and apply them to situational humor contained within a very well-constructed graphic.

Many try to become an effective Tumblr Illustrator, but not everyone gets it right as this species require a level of skill unobtainable by many. Additionally, the successful artists who begin their online dominance on Tumblr must also have the advantage of cracking interpersonal skills (whether online or offline) and respond quickly to trends displaying rare trait found within the best kinds of Marketers…and generally nice people.

A number of the Tumblr Illustrators I like who have grown a brand using this network are:

Doodle Time by Sarah Andersen – an autobiographical, weekly comic with insanely relatable drawings. This lady makes me feel better about my hair, my quirks and generally being a bit of a loony sometimes. She has built an impressive following that showcases her professional talent alongside massive dollops of personality, an approach to social media I advocate with every fibre of my being.

Help us Great Warrior by Madéleine Flores – The premise of this comic is simple: to entertain. The great warrior is this insanely cute character who gets into various scrapes and always rises victorious. Madéleine is a self-described internet illustrator who is now in the process of creating a graphic novel. She has built an entire brand around her drawings that no doubt gives her a tonne of freelance work enquiries, free online PR and a fan base of awesome people.

Cat Vs Human by Yasmine Surovec  – this comic is pretty much always at the number one spot within Tumblr’s ‘Spotlight Comic’ category and one look through, you can see why. Based on the epic and unwavering love the internet has for cats (which a lead character who looks very much like our own cat-fiend Zoe-Lee Skelton), Yasmine has created and Cat vs Human brand that taps into this audience so well, she has become an influencer within in and for all those digital marketers who don’t believe this is an achievement, you need to have a good long sit-down with a good Social Media consultant and bring yourself up to speed, you silly heads. If you want an epic example of someone who has taken on this MOUNTAIN of a subject and has climbed to the top using this network, this is it.

These are a collection of people who started their online dominance using a blog; they probably started on something free like Blogger or free WordPress as fans or professionals within an industry such as fashion, cosmetics, cars, sports or digital marketing and have built their blog up so well and kept it so fresh that when you search for the term ‘Make Up tutorial’ their blog is above brand blogs in the search result. 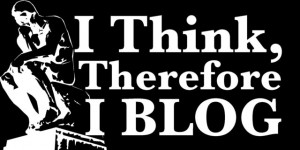 While there are MILLIONS of industry blogs to choose from, I will give you a few of mine who I think have done a really amazing job in building their brand from the ground up with zero marketing budget and a heck of a lot of natural talent for marketing themselves.

For an example of a fantastic digital industry blog, you need look no further than State of Digital.

Another cracking example of a blog that has been built using social media is of course Mashable – yes, even this mammoth started somewhere. Scottish Founder Peter Cashmore started the blog in his bedroom in 2005 and has since grown it into the go-to resource for all things social media, business, lifestyle and tech. Mashable is massive, granted, but it retains that approachable feel that made it so great in the first place. Pete has made Mashable work for him and built the Mashable brand himself and from ‘nothing, and so deserves a mention. Very few achieve internet celebrity status through their professional knowledge but this dude and his team seem to be paving the way pretty well. It also helps that he is rather dashing.

For make-up, the go-to blogger of choice for me is Just Nice Things a beauty blog created by ‘Helen and Sheenie’ who started it because they simply loved all-things-beautiful, cosmetics and make up. Plus it’s UK-based so big-ups from the British girl over here.  They built a blog that was so popular it was featured on Channel 4, Grazia and Mumsnet (possibly the hardest blogger network to get into, ever). They have allowed their own personalities to shine through while becoming Influencers within this highly competitive social space while their offerings still retain the friendly ‘I’m talking to you feel that works so well on the internet.

And finally for something a little bit more exciting, HankBoughtABus.com created by Hank Buititta a design student who had a story to tell. Hank turned to social media to build interest in his brand and took to the road in a converted school bus to have an adventure. This is a feel-good take on a travel and architecture blog and Hank and the Bus-team do a brilliant job of garnering interest in the project through the use of social media and their popular blog. 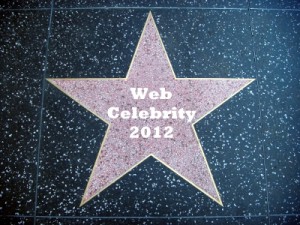 This is a covetous and allusive prize that I have alluded to in blogs for SoS before; and I mean it. Internet celebrities can be short lived, some can be controversial and many can be simply ‘viral’ because of something they didn’t really mean to do (think Tweets gone awry). The individuals who I have mentioned in this blog do not fall into these categories; the reason they have gained such a strong following is their ability to

It’s pretty obvious that people who forge their mini empires using social networks do so because they love what they do more than they love the kudos they get for doing it and I think us marketers can learn a hell of a lot from this approach.

I’d love to hear what you think about this as well as your favourite internet celebs; if there someone out there the world needs to see for the good of their sanity/health then please share their link so we can all have a look and do some highly important and relevant digital research *ahem*. 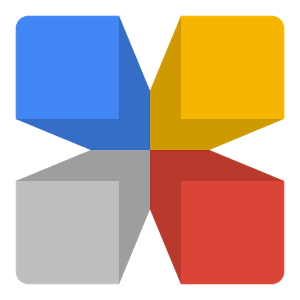