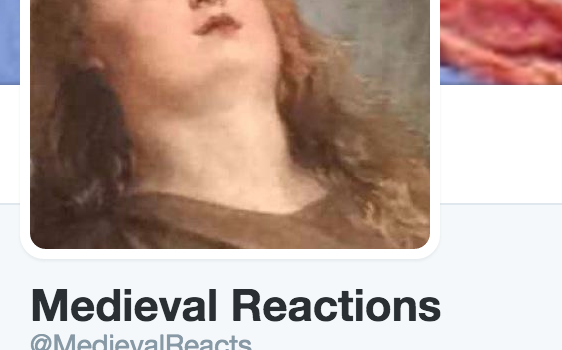 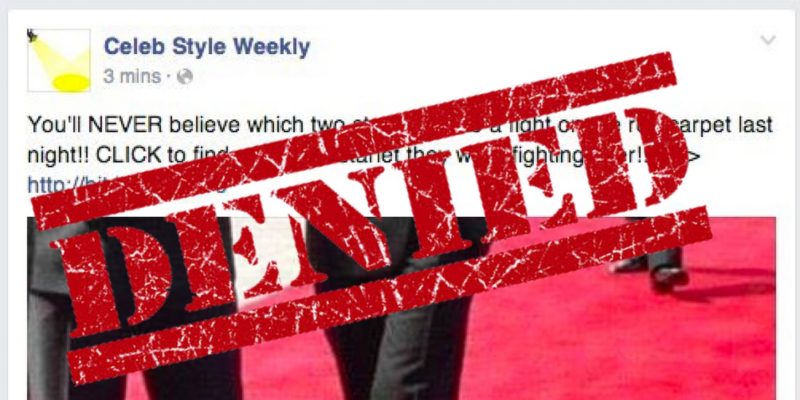 I’ve previously ranted about bad content and clickbait, so it was music to my ears when Facebook recently announced a revised algorithm to cut out clickbait. This new penalty algorithm shows the social network is obviously getting just as sick of clickbait as its users are. But what does this update mean for content marketing and the other social networks?

In case you missed it, at the start of August Facebook introduced the latest algorithm to tackle the growing plague of clickbait in user’s news feeds. Their statement says that they are targeting articles with “clickbait headlines or link titles.”
The algorithm works in two ways:

For the latter point, Facebook manually reviewed thousands of articles that have clickbait headlines to identify common clickbait language such as:

As well as identifying offenders on a domain level, the algorithm also identifies offenders on a page level to deter them from using multiple websites to try and get around the penalty.  The algorithm does not work in a binary fashion, and instead scores offenders on a clickbait scale. The worse the headline and higher the score, the less likely it will be to appear in news feeds.

It’s encouraging to see Facebook take these steps to improve the user experience (although they have their own reasons which I’ll touch on later). What’s even more encouraging though is that they’ve said they would share this with other networks and companies. In an interview with TechCrunch, Facebook’s VP of Product Management on News Feed, says:

This is good and important news, because Twitter certainly seems to be having some problems too.

Of course, the problem is not just resigned to Facebook as Twitter also has its fair share of clickbait spammers. However due to the nature of Twitter, I feel a different type of deceitful marketing has been born.

This system works by leveraging a wide range of large pop culture, tribute or parody accounts. Many of these accounts are owned by the same company and have amassed large followings due to posting popular niche content. But they use these large followings to then advertise (/stuff down people’s throats) what seems to be poor quality products that many users are warning are scams. The system works as follows: 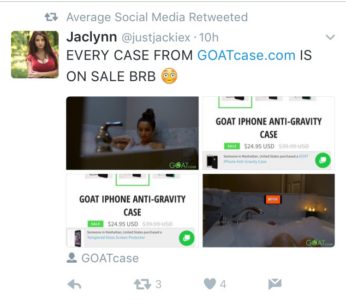 The tone and content of the accounts quite clearly targets a young demographic. And while younger demographics are very good at spotting ads, I still feel that this is an extremely manipulative tactic.

Some people may call this a form of influencer marketing, but I feel that slightly stains what is actually a very effective marketing tactic which involves real brands engaging with real people. You only have to look at the likes of Zoella to see how effective influencer marketing can be. These fake account networks are also not abiding to the same advertising standards that influencers have to. Internet personalities have had to up their game in the last 12 months and you only need to glance at a social post to determine quickly that it’s a #ad, making it immediately clear that content is sponsored.

In an article on the Social Chain (an agency that owns a number of popular entertainment accounts that operates in a slightly more ethical manner) the Advertising Standards Agency states:

“If any social media account (including celebrity and ‘parody’ Twitter accounts) are tweeting ads and it’s not clear from the context that these are marketing communications, then they need to be labelled as an ad.”

None of the many accounts I looked at show that they are in fact adverts. But it’s a grey and difficult area for Twitter to police. 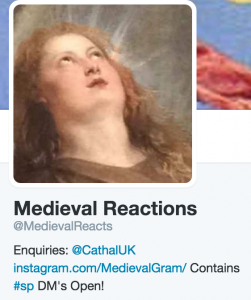 An example of an account from the Social Chain. Their bio states ‘Contains #sp’ which indicates sponsored promotions/posts.

Wouldn’t it be cool if there was a way of identifying if an account was an actual person?

Just before the new Facebook algorithm was introduced, Twitter announced that it was opening up applications for users to gain the coveted ‘blue tick’ of authenticity. In their official press release, their VP of User Services said:

To be verified by Twitter users must provide an authentic:

If I were creating fake accounts, then it would be still be possible to get all of these without too much hassle. But interestingly Twitter take it a step further by stating the following:

It’s a whole other ball game having to upload government issue ID. I imagine any attempts to forge this would come with serious consequences.

By making it easier to identify a broader set of influencers, hopefully it’ll make it much easier for users to see fake and deceitful marketing accounts.

You won’t believe this is the end of clickbait

Facebook has been making big strides, and last year it was shown that Facebook was driving more traffic to media sites than Google. But an ever increasing amount of content, (which includes a lot of bad clickbait) has been partially blamed for a recent sharp fall in traffic from Facebook to some publishers’ sites. By introducing this algorithm and actually asking people not to use clickbait, it goes some way to keep genuine publishers (but more importantly advertisers) happy.

In many ways, you can see the echoes of pre-penalty Google. Quite simply, if a user is not engaging with the content that’s displayed to them, then they’re likely to go somewhere else. When a user goes somewhere else, so do the advertisers.

If Facebook really are happy to share this algorithm or process with other networks, then I hope that we’ll get better, more genuine content marketing. Will we finally see the end of clickbait?