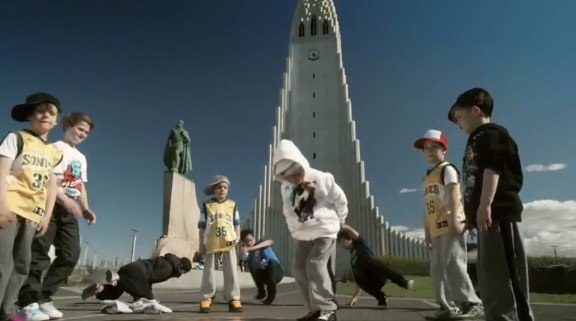 Social Media and a Volcano, It’s About People

In this post Kristjan Hauksson (optimizeyourweb) opens up about his homeland and volcanos and connects it to social.

At SES NY I spoke on the session called “Search, PR and the Social Butterfly”, I did the similar session at SES London and apparently they liked it because they asked me back! As I try to stray away from doing the same slides twice I still find the case study I am doing so motivating that it is worth doing twice, so I am happy to do it at the SES NY also.

In New York I am speaking alongside some great people, Mel Carson, who heads the Social Media for Microsoft Advertising in Europe, his official title is “Microsoft Advertising Community Manager” also on the session are Lisa Buyers and Moderating we had that grand master Mr. Greg Jarboe.

As we were preparing some emails went back and forth and as that was brewing it reminded me (again) that the Internet has been social from day one and email is one of the truest forms of social. We send, we forward, add people to the communications and so on.

As this was going on I was taken back to the importance of technology when it comes to communications, but even more about the role of people, us, me and you, the ordinaries. Social does not happen if we are not a part of it. So what comes first? Answer: People, plain and simple.

Last year I was prompted of how small we are, despite all of our technology wonders and innovation we are still reliant of this little thing called Earth and even the smallest volcano (it was really small) can take us of track in such way that it affects most of the world.

The unpronounceable volcano “Eyjafjallajökull” went off the second time around 20th of May 2010 and when it happened flights closed to halted and to the people of my home country Iceland this was not the best news, actually it was as close to “terrible news” as it could get.

Why? The long answer has to do with banks, but in short answer; we are more than ever reliant on people visiting Iceland and leaving some money behind (to those that do, thank you!).

So what happens online when a volcano goes off? Firstly, searches go crazy and when I say crazy I am talking about hundreds of % and not only that search related to Iceland and travel also sky rocketed and that is an huge opportunity for any marketer. 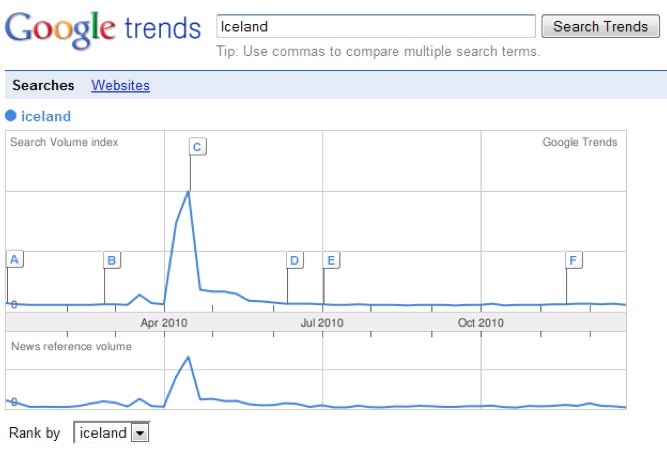 By realizing this marketing people in Iceland went on a quest, combining search and social in way never done before, taking a whole country online motivating people to use the likes of Facebook to talk to their friends online and spread the word, “we are OK”, but adding to that PPC, Organic, Social media seeding and if that was not enough there was an element of off-line also.

So where am I going with this?

As we released things were brewing, we also realized we had to move quickly but first and foremost understand where we were going and that is where the POST model kicks in. It’s kind of a common sense, but first brought forward by Forrester if I remember correctly and should be in the vanguard of any good social media strategy and for that matter any good Internet marketing strategy.

People: Who are you targeting and why?
Objectives: What are you objectives?
Strategy: What is your message? Why should your targeted audience care?
Technology: When you have answered the above questions then and only then you choose the technology behind you marketing efforts. Is it Facebook, Twitter, Flickr, one or many of the Google channels etc….

Having gone through this you can start to roll out your efforts and that is what we did. We looked online and we listened, we used the tools we had to understand the vibe and we used the information given to re-act leading to what looks like THE best year in Icelandic tourism.

Take a ways? I am not sure I can put the gravity the problem my home country Iceland had in a decent light, but the bottom line is that by thinking the strategy through, vital even with a short notice. Bouncing the ball through the hoops of POST before you act or even better having taken these balls through these hoops virtually through any (as you can) possible scenario and having a plan.

Be sure to watch the Inspired by Iceland Video below. Inspiring indeed!