The state of PPC conferences in Europe

I have just come back from Heroconf London, the PPC event held by Hanapin Marketing in Europe and Marketing Festival in Ostrava (Czech Republic), the digital marketing event organized by Jindrich Fáborský. On February 1st was at PPC Masters in Berlin and on April 1st organized myself ADworld Experience in Bologna (Italy).

This puts me in the position to have a comprehensive point of view of all the main European events focused, at least partially, on Pay Per Click: ADworld Experience and PPC Masters having around 350 participants attending each event, Heroconf was around 250 and Marketing Festival (not only on PPC) about 1500.

In all these conferences I found some interesting cues and established useful relations with some of the best professionals in the online advertising (and this besides the fact that I am searching for speakers for the next edition of my own conference, of course). 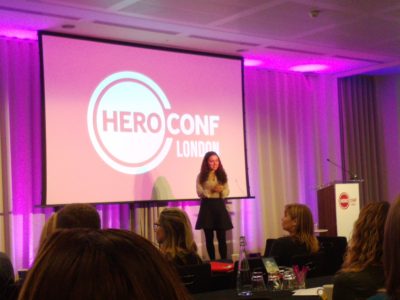 Unfortunately I could attend only to the first day and therefore I cannot say so much about the second day, but I was impressed by the opening keynote by Sophie Newton (Brainlab), who gave interesting insight of what Google potentially could offer to advertisers in the future. The extreme synthesis is: automation, automation and automation… Automation in ad copywriting using word vectors, automation in bids optimization with genetic algorithms and automation in images recognition for better display effectiveness with neural networks (using aggregated human captioning activities to better understand what is represented in images).

The presentation by Larry Kim (Wordstream) was really interesting, namely on how to give branding advertising a central role in PPC campaigns, scaling them with the help of RLSA, demographic targeting and affinity audiences.

Dave Walker (Segmatic) made me think about the fact that A/B Testing is much more complex than CTR and Conversion Rate Optimization. He showed us a use-case of a campaign in the gambling industry where a specific Call To Action attracted more customers, but with wrong demographics (and much lower lifetime value) than another one with apparently worse conversion metrics. He showed use-cases of winning CTAs turning to be false positives in the long run (when given enough time to experiment, even if numbers would have justified testers to stop the trial).

The final keynote of the first day was Jon Dorio (Google) explaining that the Quality Score we all see in our accounts is only an average approximation of the real one, which is changing in every auction in relation with the likelihood that it would bring on the advertisers’ site users really interested to what it is promoting (this being measured by an algorithm using several different metrics).  His suggestion has been not to consider QS as a KPI itself, but to focus on the best way to intercept user intents connected to the campaign goals. Excellent QS will come if we succeed in doing this the right way. 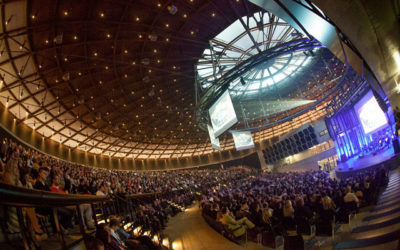 I was captured by the presentation by Jim Banks (Gotgroove), who showed several successful cases of PPC campaigns managed by his team in the last 10 years, starting from ringtones to football team battle hymns, passing by merchandising and other really remunerative gadgets. The red line linking all of them is the ability to find “unicorn keywords” in profitable niches before they really express all their potential.

I found the presentation by Kevin Hillstrom (Minethatdata) really useful, in which he paralleled sport events to online buying experience.  In the US special offers are regularly planned according to events calendar but the main focus is on the experience not on the offer itself. They get new fans because they are offering something new or different or new occasion to gather. Ecommerce retailers should focus on the products, especially new merchandise, and offers should be a consequence of that, not the center of all efforts. His final suggestion is to focus on what pushes customers towards your shop, not on advertising. Offer something special and you will get new customers almost naturally (advertising will only accelerate the process).

The panel moderated by David Spinar (Milton) was interesting about RTB/programmatic. Real Time Bidding is developing really quickly in the US market (there are provisional data that credit it for over 60% of digital ad spending in 2017), but it is also increasing in Europe (other polls see it rising to almost half of the total online ad spending in Germany next year).  This is something all PPC professionals will have to face in the near future, if they want to keep offering a good service.

Frederick Vallaeys (Optmyzr) showed some interesting data about Expanded Text Ads performances, from which emerged the still undisclosed potential of this new ad format in comparison to legacy ads. When advertisers really realize how to set them effectively for their own campaigns, numbers tend to skyrocket (at Google they agree with him, that is why they postponed deadline to sunset legacy ads to 2017).  He also debunked some myths about Quality Score, substantially overlapping it to a weighted CTR. On the latter, I do not quite agree with him, but his argument definitely made sense and in my opinion he still remains one of the smartest PPC professionals in the world.

There were also several case stories reported during the 2 days of the conference. One by Andrej Puncik (Represent), who presented a case of Facebook ads automation linked to the process of creating and selling custom merchandise through his startup’s site.  In my opinion, besides the case itself, his presentation was an example of how live screen video recording can sometimes explain in seconds what a complex project does and how it works, saving a lot of abstract speaking.

I was finally impressed also by the presentation by Michael Aagaard (Unbounce), who showed his personal CRO odyssey in a site selling an online service and showed also some good/bad examples of Customer Experiences.  Besides the fact that he did not really give immediately actionable insights, it was presentation worth the trip to Ostrava. 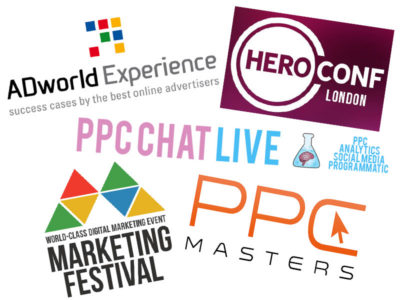 Concluding my report I can definitely say that ADworld Experience (Bologna), HeroConf (London), PPCMasters (Berlin), Festival of Marketing (Ostrava) and the bi-monthly PPC Chat Live events organized by Brainlabs in London (which several professionals confirmed me to be interesting) are the ones not to miss, if you want to know who is who in PPC in the old continent.

Gianpaolo Lorusso
Freelance AdWords & CRO professional, Gianpaolo is among the first Italian web marketing professionals and ideated ADworld Experience, one of the largest PPC events in the world.
Find out more about Gianpaolo 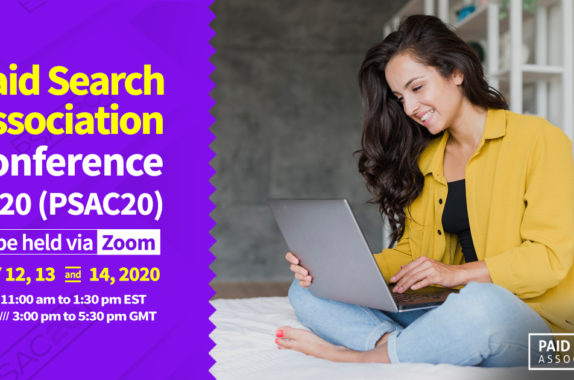