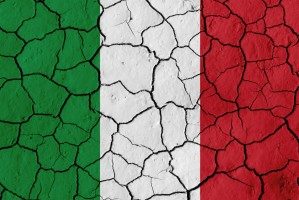 Last month I had the pleasure to assist (and speak) at the 8th edition of the ConvegnoGT, organized by GTIdea and possibly the most important Italian congress about Search Marketing.

One of the most interesting speeches this year was the one given by Paolo Zanzottera about the State of Search in Italy. This research is a an update of the same one Paolo presented last year and that I reported in this post on Moz.

The study explored the evolution of Search in Italy in 2013, and even if it refers to how Italians have changed the way the search in Internet, we can reasonably assume that the trends are quite similar in other European countries.

Paolo used as source of his research the very extended set of data offered by Shinystat, an Italian company that offers Web, Video and APPs Analytics tools and he followed this methodology

The data sample is offering a unexpected result: organic search in 2013 slowed down significantly after year of unstoppable growth.

Once more, then, data confirmed that search is substantially a mass media, meaning with that people relies on search as one of the main ways of stay informed about breaking news:

In Italy, as in almost every European country with very exception, Google dominates the search landscape:

The percentages speak for themselves:

Search in Italy is synonym of Google, also because part of that 3.94% of organic visits generated by other search engines are indeed from portals (Virgilio, Tiscali…), whose search is powered by Google itself, hence we have to dig into what is the distribution of the visits coming from the different search verticals of Google (Web, Images, News, Maps) in order to understand how Italian used organic search:

Visits from Images Search decreased due to the layout change Google did of this vertical (2% in 2013 respect 4% in 2012).

Length of the queries and (not provided)

Of great interest are also the data the research offered about the length of the queries and the impact of (not provided).

For instance, the increase of one-word queries has grown consistently, a sign of the bigger use of mobile search, while 2, 3, 4 and 5 words long queries all decreased:

Traffic from social networks in Italy is still growing exponentially:

In November 2013 Social traffic grew 149% over the prior year to November, and in November 2013, the Social generated the same volume of traffic the whole of 2010 and the first two months of 2011 added together.

Even in the case of Social Networks we are faced with a de facto monopoly: Facebook owns all the traffic from social:

In percentages the Facebook’s domination is even clearer:

Search vs. Social in Italy

After analyzing Search Engines traffic and Social Media traffic singularly, the research confronts them offering its most interesting insights.

In fact, if we confront their growth from January 2010, we will easily see how Social is growing at a faster rate than Search:

This means that data shows us that the real competitor of Google is Facebook:

Translated in percentages, the graphic above should look like this:

Also in Italy the traffic from the mobile is increasing exponentially over the last few years.

The data of mobile growth are impressive:

The peaks you see in the chart above are referring to August, when Italians are on holidays and mobile become even more important for staying (always) connected.

If we look at what platform drives more traffic from mobile, we can see how iOS is now almost paired by Android (48.11% iOs and 47.07% Android):

The research done by Paolo, using iPhone and iPad as reference, also shown us that mobile traffic to sites is generated almost equally by smartphones and tablets, but that Italians more and more rely on tablets for visiting web sites:

In Italy, as in almost every other European countries, we deal with two monopolies:

That doesn’t mean that other traffic sources are useless, but data tell us that our clients will not look at them as essential.

In the case of Italy, possibly only Twitter – as it is targeting bigger audiences thanks to connections with news and, especially, TV shows, could be considered an interesting digital outlet for some businesses’ owners.

What data are telling us, though, is that if we consider traffic as a all, then Google is not anymore that powerful as it was just three years ago. Social Media, aka Facebook, is becoming year over year a stronger competitor for Google. Or, maybe, that means the people are not considering anymore just Google for discovering sites, but have a more liquid attitude when it comes to search.

Finally, mobile still doesn’t offer the same traffic volume as desktop, but it’s growth is such that in one year it will potentially as much traffic as desktop. The fact that the one-word queries are rising in use after years of decay is a strong signal in that direction.