State of Yandex SEO May 2015: An Interview with Alexander Sadovsky

Last month, Alexander Sadovsky, head of Yandex natural search, announced the details of the latest changes to the Yandex algorithm with an update nicknamed “Minusinsk.” Minusinsk, named after a Russian city like the rest of the Yandex search algorithm updates, sparked quite the stir in the search world because of the interpretation that the announcement would mean a strong change in the way links are factored in the Yandex ranking algorithm.

In March 2014, Yandex announced the removal of links as a ranking factor for commercial queries in many top verticals for searches conducted in the Moscow region.  When Minusinsk was announced in April 2015 much of the coverage on the topic interpreted the update as Yandex “returning links to the algorithm.” In fact, Minusinsk means that while links are returned to commercial queries in the Moscow region Yandex is continuing its effort to eradicate black hat SEO, not simply returning to the previous link weighting algorithm.  The Minusinsk update punished paid link buying by creating negative equity for these types of links.

In order to better clarify the details of Minusinsk, I sat down with Yandex’s Head of Search Services Alexander Sadovsky to interview him on the state of Yandex SEO.

How does Yandex classify links?

Yandex classifies natural links as positive and paid links as negative.  74% of links we see in the Russian market are paid links, purchased with the intent of improving SEO rankings and not for improve the user experience.

How do you identify the difference between the two?

When sifting through links, the learning algorithm filters through a large number of factors that ultimately establish if a link is natural or a paid link.  Since we have a large set of sample links that our algorithm pulls from, the precision of our algorithm is quite strong.  In our experience more than 99% of links are classified correctly.

How is Yandex addressing paid links? In what verticals and regions?

Those who purchase paid links will be penalized in Minusinsk.  Among other elements, two main factors contribute to a website being penalized: the percent of paid links going to a site and the absolute number of inbound links to the site.  The combination of these two factors will decide how strongly websites are impacted.

This will be applied to all websites, in all regions, for all search queries.  Yandex will not only index the websites with paid links but will also create a comprehensive database of paid link activity as well.

How is Yandex addressing natural links?

The first round of punishments addresses paid links that webmasters purchased or rented for a few years.  Natural links and links being directed from other webmasters do not carry as much significant weight.

Why did Yandex make these adjustments to their algorithm?

Ten months ago, it was decided that links would no longer be a ranking factor for a large portion of Moscow commercial queries.  The goal of this decision was to incentivize webmasters to put greater emphasis on improving the user experience of their websites and to reduce link buying.

In this time period, link buying decreased by 14%, which was a much slower reduction than we had anticipated. Due to webmasters maintaining paid links for other search engine rankings and generally just keeping up with their link buying habits, black hat SEO in Russia persisted.

In order to further address this issue, it made sense to again introduce links as a ranking factor for commercial queries.  By penalizing websites with paid links, the amount of paid links should be dramatically reduced and webmasters will focus on improved content, user interfaces, etc.

What percentage of sites do you anticipate will be affected?

Every website is susceptible to being penalized. Without knowing which websites will adjust accordingly, we can’t accurately know how many.  I can say with certainty that thousands of websites will initially be impacted and we are prepared to increase the amount of penalized sites as this goes on.

How is Yandex rolling out these changes?

What is the time frame for the crawlers to index the changes?

What can publishers do to protect their websites?

Yandex.Webmaster sent out notifications to websites that were identified as sites that would likely be negatively impacted with the rollout of Minusinsk.  These sites have had a month to make the appropriate adjustments to their websites.

Generally, webmasters need to negotiate to get paid links off their sites.  Most links in Russia are bought through a few specific link brokers.  If webmasters stop renting or purchasing, then a good portion of the link problems will stop.

My interview with Sadovsky helped clarify the extent to which paid links can significantly impact a website’s ranking in the Yandex search results in all verticals and in all regions.  After last week’s first round of Minusinsk penalizing websites, many webmasters learned that the updated algorithm did in fact impact a number of websites in various verticals across Russia, irregardless of their domain strength.  Both domains and subdomains were impacted and resulted in noteworthy drops in rankings.  Several websites, which got rid of paid links, were not aggressive enough with their approach and still felt the impacts of Minusinsk.

Yandex.Webmaster announced the results late on the 21st of May, Moscow time. One month ago, when Minusinsk was announced, Yandex.Webmaster sent out 8,890 notifications to webmasters that they should address paid links on their websites.  According to Yandex data, 37% of these identified websites responded accordingly and were not affected by the new algorithm.  The first batch of Minusinsk “winners” were selected from the remaining 63% of websites which did not address their paid links at all or aggressively enough. 488 websites were penalized.  Impacted sites lost an average of 20 positions in the SERP.

To better show how the algorithm is impacting website’s traffic, Yandex.Webmaster provided screenshots from two different site’s statistics on Yandex.Metrica, Yandex’s free web analysics tool.  The first screenshots below show the traffic over a three and half week period and the traffic sources from both Google and Yandex. 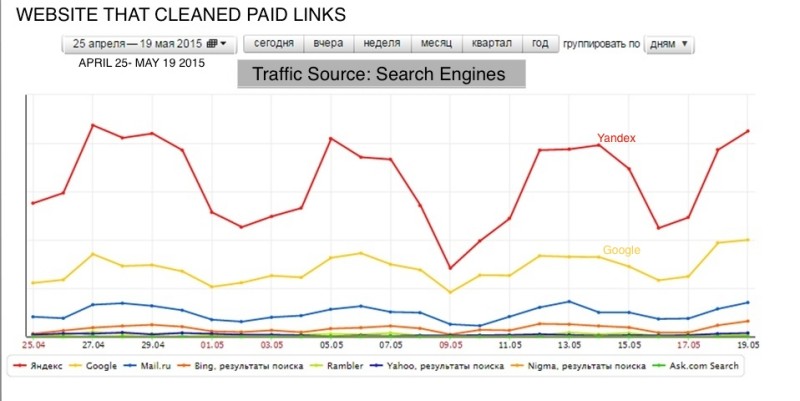 On the other hand, a website that did not clean their paid links saw a drop in their Yandex traffic and an overall reduction in their website visits. 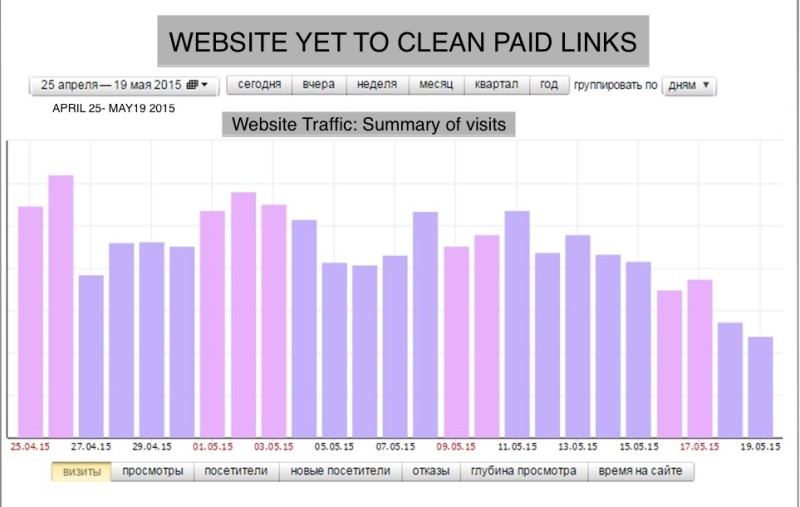 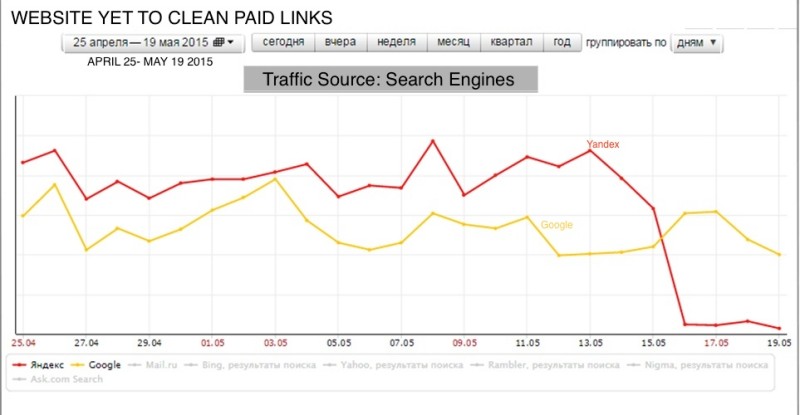 Yandex considers the first round of Minusinsk to be a success in ultimately achieving a goal of eradicating black hat SEO. The portion of the top paid link purchasers decreased by 12.5%.  Overall, the share of paid links in the Yandex database fell by 21.7%  The next round of penalties will be done without warning.  Webmasters who have already been advised to clean paid links should take action to prevent their website from facing penalties in the next roll out of Minusinsk. 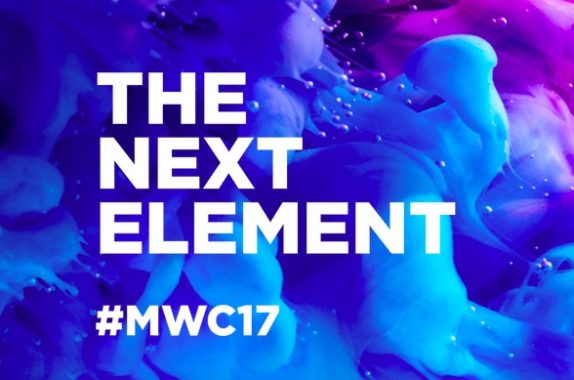