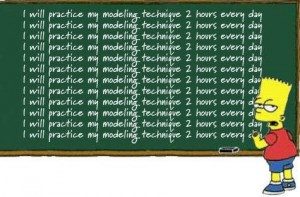 Test, learn, refine – Some learnings from a recent industry poll

At the end of last year, I ran a small vote on my Holistic Search site, to find the European SEO of the year. The poll itself is a bit of fun – however what I have learnt from running a number of these over the years has served me well in my day to day role time and time again.

Its all about the trigger point

To be honest doing this in the SEO environment is easy. Being brutally honest – Egobait a pretty much nailed on tactic for SEO – but with many industries this is not quite as cut and dry. The problem with many industries is the lack of maturity particularly from a social perspective – however in many cases this may not be the only issue.

Understanding the industry you are working with is key. For example, the Insurance sector was littered with failures from particularly a social perspective – until a certain Meerkat stepped in. Other markets such as Travel are significantly easier to operate in – however a clear audit of whatever industry you are in is a good place to start – and from this working out a potential angle is fairly easy to pull together.

Its also worth considering how to structure your campaign. Running a pre-emptive event can often raise awareness of your event before it actually takes place. In my case the crowdsourcing of the initial list was a good way of raising awareness of the event – before running the actual poll. Take that same process to a day to day case such as a press release, one may be able to:

That’s just one example of how such a framework may work – and there is’t always one answer to these so sometimes the requirement to test your theories a couple of times may be required.

Finding the influencers in the sector is an absolute must. The support of these people in any social campaign cannot be underestimated and in many cases getting the right people on board can be the difference between success and failure – and as such cannot be left to chance. These days we are lucky though with a number of great tools available to help and support including but not limited to:

What influence is – can differ from organisation to organisation (for example we utilise an in-house engagement score to determine influence) however it can often be advisable to segment your potential seeding list into types of influence (for example – your bloggers, your social influencers etc etc etc to develop into a staggered outreach campaign.

What doesn’t change however is to use this support at all points in the camapign – however nowhere is this more important than at the launch. Raising awareness at the start is essential, and something that can be very difficult to claw back if you don’t start well at the beginning. Take your time to do this properly at the start and the rest falls into play very quickly.

Once is never enough – but be careful to over do it

As with many campaigns, benchmarking is essential. An understanding of baseline to account for seasonality, daily variance and user behaviour is essential. In particular the use of the right metrics is essential – and don’t always rely on third party tools to provide those insights. The development of bespoke engagement metrics can often provide you with a better feel for user engagement and campaign success – and take into account more than just simple last click metrics.

As a final point I would add – don’t be put off if the first campaign doesn’t work. One only has to look around at any profession to see that the key to success was to keep on going – learning from your mistakes along the way 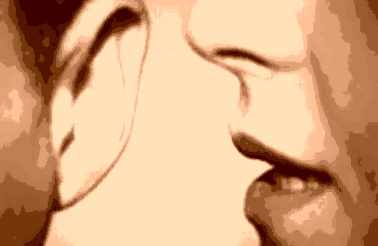 Bas van den Beld
State of Digital readers like to learn from others through blogposts and presentations, but don't like whitepapers or external training...
Read More
Join our 9,000+ Subscribers
Receive daily, weekly or monthly updates on our latest content