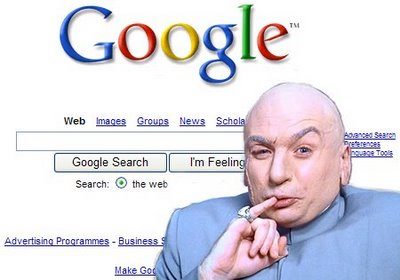 The Fallacy of the “Don’t Rely on Google” Argument

Every time Google decides to deliver another collective bitch-slap to the SEO industry in the form of an update named after a cute monochrome animal, we see the usual eruptions of debate and arguments among SEOs about the hows and whys of it all.

One argument that is consistently put forth, usually by smug SEOs whose sites have escaped the sledgehammer of Google’s wrath unscathed, is that “no site should be too reliant on Google’s traffic”.

That particular argument grinds my gears to no end. It really does. In my opinion it’s just not a valid argument.

Let’s start with some figures on consumer behaviour:

“83% of UK online shoppers use search engines to research a purchase.”
eMarketer, November 2010

So 4 out of 5 online shoppers rely to some degree on what a search engine tells them about a product or service. That metric is from 2010 and has probably increased since then.

“61% of consumers use search engines to help them in their product research decisions leading up to purchase.”
Econsultancy, July 2010

So effectively more than half of all purchases a person makes are influenced by search entine results pages. This applies not just to online purchases, but to offline purchases as well! On top of this, online retail is taking a much larger share of the pie year after year:

“Online retail is growing 6 times faster than high street sales and is predicted to exceed £37 billion by 2014.”
Verdict Research, April 2011

All of the above paints a picture of a consumer base that is increasingly focused on the internet, and predominantly using search engines to make purchase decisions. Knowing this, let’s look at search engine usage statistics for Europe and the UK:

So those 83% of users researching online purchases via search engines, those 58% of all purchase decisions starting on a search engine, and those 61% of all product research decisions, they’re pretty much exclusively handled by Google.

There is no avoiding Google. It dominates the online realm in Europe and the UK. A business that wants to succeed online has no other choice but to find a way to be visible on Google’s search engine results.

It’s all well and good preaching about diversity in customer sources, but when your entire marketplace is owned by Google you sort of have to play along with their game. If you don’t, you’re effectively crippling yourself. As an online business, avoiding Google as a traffic source is akin to running a marathon on one leg. Actually, more like running a marathon on one stump of a leg. You’re going nowhere, fast.

But we all know what Google’s game is: paid search advertising. That’s why they’re bringing down the hammer on SEO again and again, undermining the industry’s credibility and planting seeds of doubts in the minds of business decision makers. All in order to make sure businesses – who have no choice but to deal with Google – choose the easy option: AdWords.