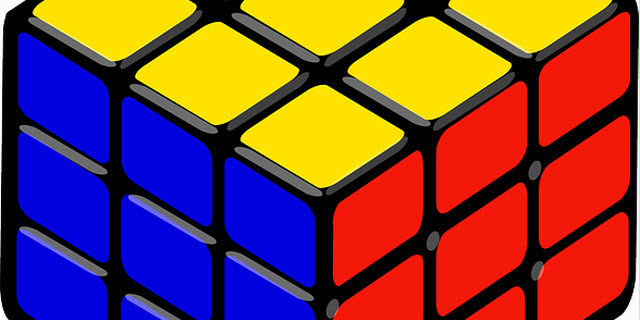 The Power of Nostalgia

Last week I attended the 2nd Content Marketing Show in London. For those who weren’t able to attend, I published a full round up of the event earlier this week.

For me, one of the stand out presentations of the day came from Luke Lewis; UK editor of BuzzFeed and prior editor of the NME. His session was titled ‘How to Grow Social Media Communities’.

During his presentation he offered up one piece of advice that really struck a chord with me – at both the NME and BuzzFeed, he’s found nostalgia to be a supremely powerful trigger for social sharing. 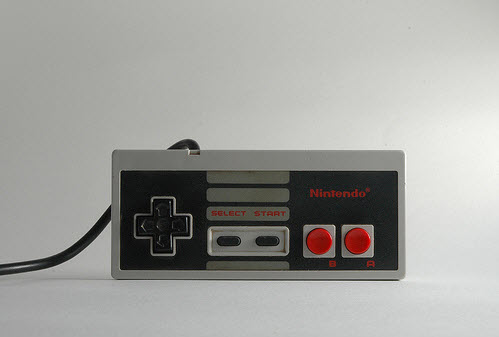 The human brain is a fickle thing.

Looking at the photo above I’m immediately transported back in time. Myself and five others are crammed into a tiny box room which belongs to my friend Matt.

Several of us are sprawled across the bed (which takes up most of the room) whilst others are sat on the floor. Matt’s room smells faintly of sweaty socks, the cigarettes we’ve been smoking out of the window (we share one cigarette between all of us, each taking a drag in turn and passing it along), and the incense we’re burning (we call incense joss sticks, but no one knows why) a half-hearted attempt to mask the cigarette smoke.

The curtains are drawn to prevent the sun glaring on the screen and negatively impacting game play.

That was the summer we limped awkwardly into adolescence. We drank cider in parks, fell in and out of love in minutes, watched various Stephen King movies and listened to Dinosaur Jr.

All of that from a picture of a games console controller.

I think it’s interesting that the memories that controller evokes are only tangentially related to the actual Nintendo Entertainment System. One might be tempted to argue that’s because gaming never really blew my skirt up (I did play Super Mario, Zelda, Mortal Kombat, etc – but I was never a proper ‘gamer’).

However, in truth it’s just the way we’re wired. Nostalgic triggers – be they images, songs, videos, copy – evoke memories which are by their nature ‘bigger’ than the trigger. So when I see the image of a Nintendo controller – I don’t just remember playing games, I remember friends, shared experiences and much more.

Interestingly, the triggers don’t even need to be that accurate…

When writing this post, I did a quick search on flickr to find a suitably nostalgic image. I found the one above, was smacked across the face with a whole bunch of memories and leapt straight into writing this post.

However, that is not the Nintendo controller of my youth. The one I actually remember is below: 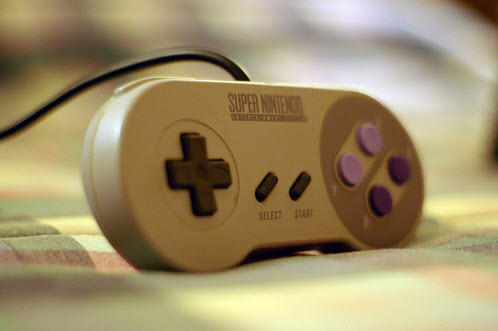 I’m guessing that’s actually the controller you too might recognise dear reader.

But memory is funny like that – a trigger doesn’t need to be that accurate to evoke a response. I never played a single game with the controller in the photo at the top of this post. No one I knew owned the original console – they all had the Super NES. But nevertheless, even when confronted with the ‘wrong’ trigger – it still sparked a nostalgic response.

Why is nostalgia so powerful?

Some argue that our desire for nostalgia is intensified by society’s present circumstance of receding predictability and opportunity. Additionally, nostalgia can make us feel that not so much time has passed between then and now, making us feel young again.

Harnessing nostalgia can be very effective for brands. Talking about the power of nostalgia in advertising, cognitive anthropologist Dr Bob Deustch says:

…music recordings that were released when we were teenagers or young adults, are locked into our memories forever, to release a flood of vivid memories and emotions when replayed…

For marketers, the key is finding the right music and images, which do not even need to directly relate to their products, as long as warm feelings are stirred up. It is the emotion generated from that good feeling that influences people’s evaluation of the advertised offer.

Recollection provides context and context impacts on how we evaluate things.

Essentially he’s saying that nostalgia stirs up warm feelings, and moreover those warm feelings become inextricably tied up with the brand who manage to evoke these memories.

Nostalgia is an emotion that TV advertisers have long since been tapping into – take this Hovis ad for example.

Nostalgia is so powerful it can make people do crazy things – remember when Friends Reunited purportedly caused divorce rates to surge in the UK?

Possibly we’re not seeking a reaction quite so extreme, but nevertheless, today we’re consistently being challenged to create content that people care about; that evokes an emotional response. This emotional response is key both in terms of getting people to interact and comment, and indeed in getting your content shared.

The NME have spun a whole series of content out around a gloriously simple nostalgic idea – songs that changed your life. Using the twitter hashtag #songthatchangedmylife they created this and many more articles around the topic. These pieces are shareable and indeed deeply relate-able because music is a particularly powerful nostalgic trigger. If you hear a song you strongly identified with as a teenager a whole host of memories will come flooding back. Sure you’ll remember the lyrics and perhaps some trivia directly relating to the song. But more – you’ll remember where you were when you heard it, who you were with, how you felt about them, and so on.

Taking his learnings from his time at NME, Luke went on to use nostalgia when creating content at BuzzFeed. Posts like Things Northerners Miss when they Move to London evoke nostalgic memories of home for readers.

So what does this mean for you?

Assuming you’re convinced of the power of nostalgia how do you begin?

Well first and foremost you need to understand your audience – who are they and what age range they fall into. This is really important but as I highlighted above, you don’t need to get the era 100% right. Even when confronted with the wrong Nintendo controller a whole bunch of memories were nevertheless sparked. However, if you’re harking back to the 1960’s and your audience weren’t born until the 1990’s – your content likely won’t resonate.

Think about how you can get your audience involved. Ask open questions and encourage them to be a part of the content that you’re creating.

Keep it related to the brand – for example, if I was creating content for a company that sold mobile phones I’d be inclined to do a piece on handsets (remember the Nokia 3210 with changeable fascia?), or popular mobile games (snake was awesome), or ringtones – I could go on, but you get the picture. I’d be inclined to keep your content positive – so focus on things which were ‘great’ rather than things which were rubbish, however there’s certainly mileage in negative content too – just make sure it’s appropriate for your brand.

Do think carefully about the types of topics you can cover. I’d be inclined to dodge potentially controversial topics like politics – they’re likely to be divisive and might result in negative attention for your brand.

Seek inspiration – check out sites like Reddit and pay particular attention to sub-reddits to see which topics spark conversation. There’s even a nostalgia sub-reddit. It ought to go without saying, but Google is your friend. Want to do a piece on 1990’s fashion? A quick image search is a great starting point – ahhhh crimped hair, global hypercolour t-shirts and tattoo necklaces – lovely!

Finally, don’t forget that you can also use nostalgia to tie in to current events. For example the NME needed to cover the Brit Awards, and were hoping for a little controversy, but no dice. As nothing noteworthy was happening they started sharing great Brit Awards moments from the past instead. This sparked conversation and buzz, even though the event itself was a bit disappointing.

And so dear reader, over to you.

Got some great examples of nostalgic content you’re burning to share? I’m also keen to hear any memories those Nintendo images brought back. 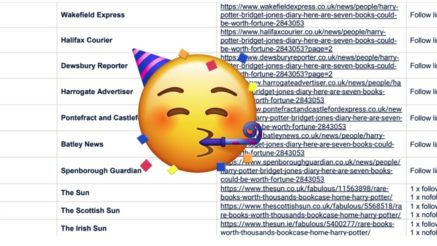