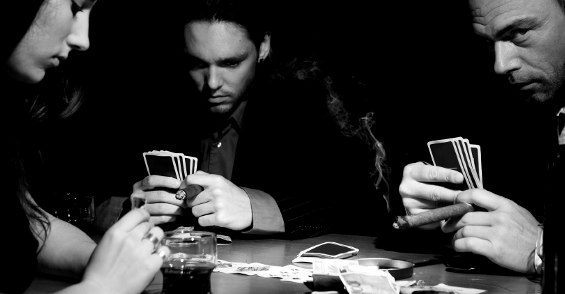 The Rules by Which We Play

It’s a zero-sum game, this industry of ours. There are winners and there are losers. There can only be one site that ranks highest, and many sites that rank below it.

Though strictly speaking that’s not true any more – due to personalised results and the continued integration of social signals – I think we can all agree that there’s limited space at the top of any given SERP.

Fortunately we have a big playground to work in. Search engines process billions of queries a day, many of which they’ve never seen before. Every query, potentially, serves as an opportunity to reach an audience.

But in the end we all know that, because of what we do to increase the search visibility of the websites we work on, there are other websites that are losing visibility. Our sites gain traffic, other sites lose it. Zero-sum.

In a zero-sum game, if you play nice you tend to end up on the losing side. Others have learned this lesson the hard way. Take the financial industry as an example. They play a zero-sum game: there’s a limited amount of wealth in the world (and don’t let the capitalist delusion of endless growth fool you – our world’s resources and thus our potential wealth is most definitely limited) so when someone ends up with a large share of that wealth, it means there are many others who’ve lost it. Zero-sum. 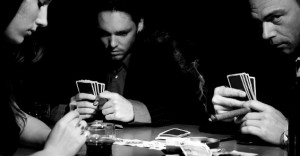 And in a zero-sum game, playing nice is not a sustainable strategy. The financial industry had this figured out decades ago, so they stopped playing nice. Instead they played dirty, deliberately and determinedly. And it paid off. Big time.

Even when their dirty tricks backfired and they found themselves in a financial black hole of such colossal magnitude that it dragged the global economy down with it, they made it work for them. By that stage they’d gotten so good at playing dirty that they managed to get the people they’d been leeching wealth off of for decades to bail them out, so they could continue to leech wealth off of them. They turned a massive defeat in to a glorious victory – and got many people to applaud them for it along the way. Now that’s class.

The SEO industry has a lot in common with the financial industry. SEO, like the financial markets, is a game invented by humans, for humans. The rules of this game relate to reality – the world of brick and mortar – only indirectly, dealing as it does with fleeting human behaviour in a fabricated environment invented and managed by a small group of all-powerful entities.

But, like the financial markets, what happens in SEO does have direct and significant impact on real-world affairs. Careers are made and broken on the backs of SERPs and stock tickers, jobs gained and lost, livelihoods made and destroyed.

Yet unlike the financial industry, SEO hasn’t yet embraced playing dirty. Yes, there are many SEOs who are fully aware of the zero-sum nature of the game they play, and have no qualms about adopting any tactic required to ensure they end up on top.

But for every one of these zero-sum SEOs – we tend to call them black-hat – there are others who insist on a strong ethical foundation for their work. These white-hat SEOs insist on playing by the nice-guy rules and to build their business on solid best-practices and adhering to the guidelines set forth by the powerful SERP overlords.

Whether or not the white-hat brand of ethical SEO is a sustainable long-term strategy depends on one factor, and one factor only: the level of success achieved by the SERP overlords – Google et al – in making black-hat tactics unprofitable.

Because only if Google and its rivals succeed in making black-hat obsolete, if they manage to oust spam websites from their SERPs and cease to reward dubious tactics with search engine traffic, only then will while-hat be a viable long-term strategy.

This is a big responsibility that rests on the shoulders of our SERP overlords. They either manage to break the black-hat back, and thus make white-hat SEO the only sustainable tactic, or they will fail at fighting spam and thus elevate black-hat SEO to the default approach. In a zero-sum game, there is no third option.

Personally, I hope the search engines succeed. Not because I’m a whiter-than-white SEO, but because of the moral implications of these outcomes.

Should, heaven forbid, search engines fail to effectively combat spam tactics and black-hat SEO becomes the only profitable way of operating, it means I will have to knowingly and deliberately embrace the same type of dirty tricks employed by the financial industry. It would mean that, in a very real sense, I would be joining the ranks of investment bankers, stock brokers, and bonus-gobbling CEOs.

And I find that to be a rather revolting prospect. In fact, should that come to pass, I’m pretty sure I won’t want to be an SEO any more.