Skip to content
Home » Articles » Uncategorized » Beyond Storytelling. The Theory of Modes and the Web 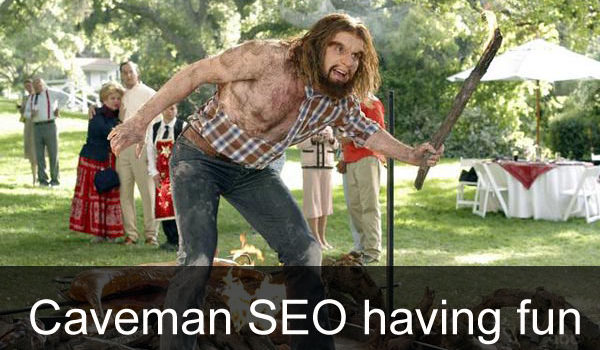 Beyond Storytelling. The Theory of Modes and the Web

Since many SEOs emerged from the cave, realising the hard way that three way links, splogs, private networks blogs, directory submissions, article marketing spinning etc were no longer advantageous tactics to get great results in the SERPs, Content has become a kind of mantra. The new magic silver bullet that you have to use to kill the archetypal monster that, for many people Google is.

A corollary of this frenzy about Content Marketing is storytelling.

But there is one small problem:

If we trust Wikipedia, we can define storytelling as the conveying of events in words, images and sounds, often by improvisation or embellishment. Stories or narratives have been shared in every culture as a means of entertainment, education, cultural preservation and to instill moral values. Crucial elements of stories and storytelling include plot, characters and narrative point of view. […] Modern storytelling has a broad purview. In addition to its traditional forms (fairytales, folktales, mythology, legends, fables etc.), it has extended itself to representing history, personal narrative, political commentary, and evolving cultural norms. Contemporary storytelling is also widely used to address educational objectives.

Stories and narratives in our era can be written, shown in visual and heard in audio, and classically on the web, all three at the same time.

A lot has been written about the techniques of storytelling applied to Web Marketing – sometimes in a very detailed and inspiring way, as in this recent post by Lee Odden or in this preso by Jess3, but most of the time superficially.

A lot less has been written about something that determines the nature itself of any form of telling a story: the modes of narrating things and the genres they generate. This is something, which is usually referred to literature and art (for instance Cinema), but not yet to content for the Internet, and I consider that this is a mistake for many reasons, the most important being:

First of all let me assure you that is not my intention to present you with a long essay. This is a blog post not an eBook. I will try to synthesize and explain the Theory of Modes in the most understandable way, but – if you want to dig into it – I suggest you have a read of the Anatomy of Criticism by Northrop Frye.

I decided to follow the paths of Fry because from a pure marketing point of view it seems to be the closer to our own SEO’s state of mind. Objective and logical based on the concretion of data (the literary works in his case), even though it doesn’t deny the importance of other Schools, as the Jungian or the Post Modernist ones. And because it is against the dominance of “personal taste”, which in web marketing should be as creating a campaign with tactics you like but you don’t really know if your public are interested to. 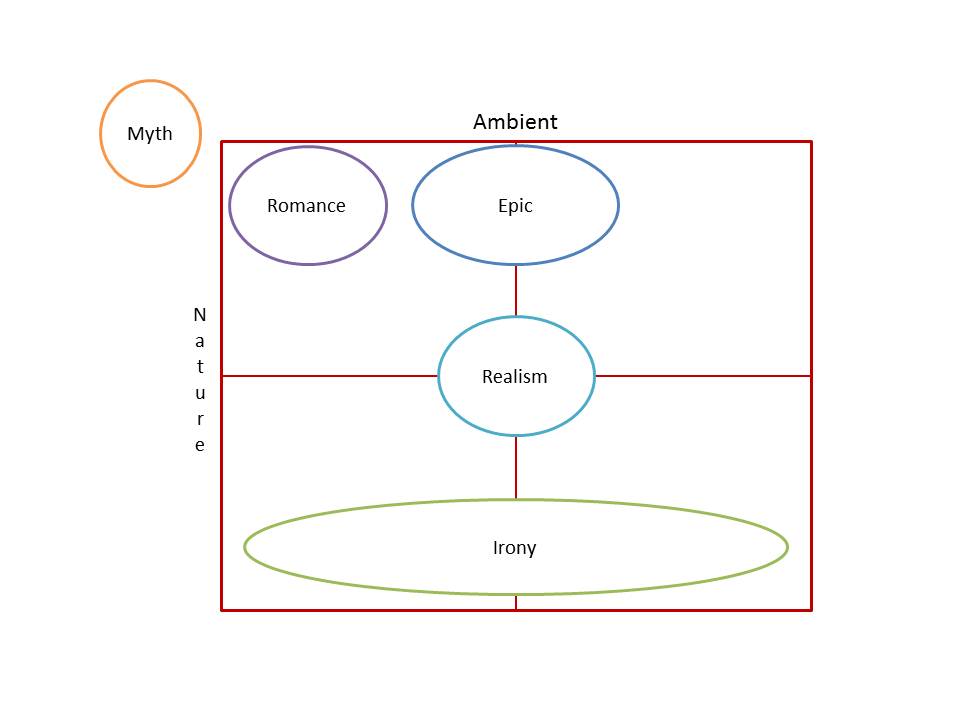 A first approach to Modes takes in consideration the relation between the Nature of the Hero and the Ambient where he acts. Considering these two elements we have:

An “out of scale” macro Mode is Myth, when the Hero by Kind different from us and the Ambient where he acts is superior from our. The hero, in this case, is the God.

The Theory of Mode then applies over this first level of classification, a second one, which is base over the concepts of Tragic and Comic, where Tragic is when the Hero is refused and Comic when he is accepted. 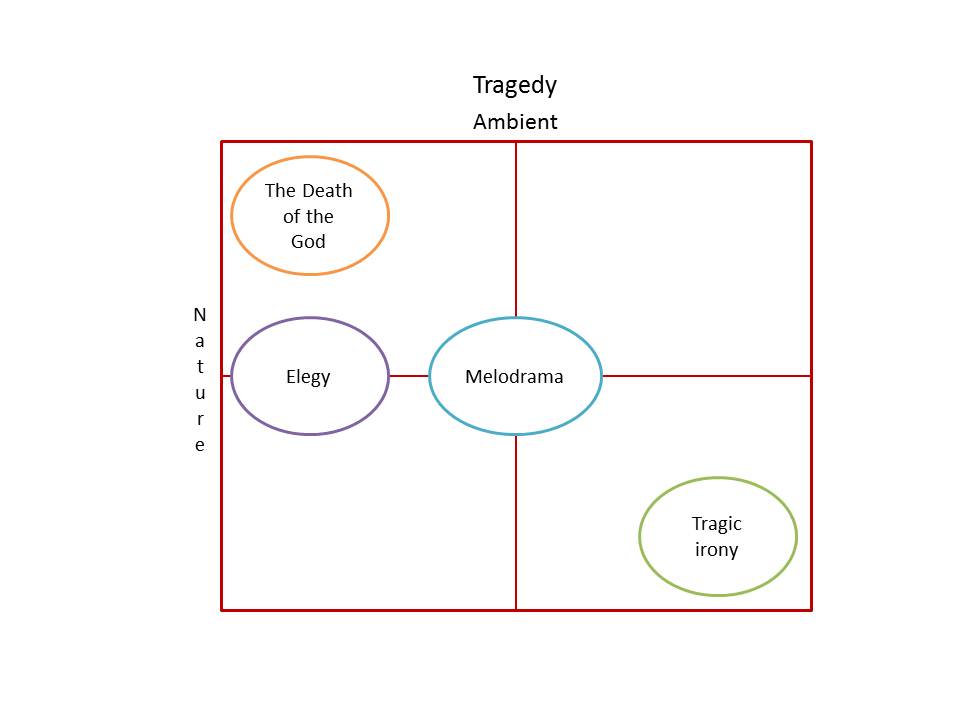 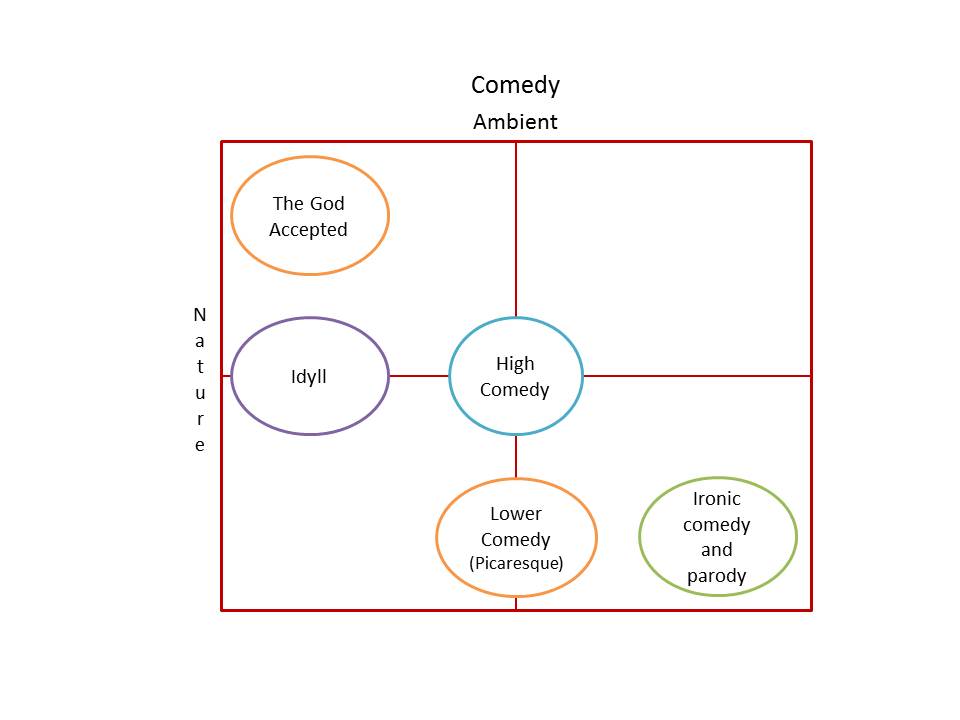 Ok Gianluca, now what? What does all this have to do with Web Marketing? Actually a lot, dear reader.

If we decide to have Content at the base of our Web Marketing strategy and if in our Content strategy we decide to rely to narrative, hence also to storytelling, then we need to understand what the Modes are. We also need to know how they work and can simplify our decisions, understand what tone – written and visual – to use in our online properties and what “web-rhetoric” to apply in order to have the most effective production of the Content strategy itself.

Let’s do some examples.

If we have an educational product or service, we may classically decide to offer a series of guides, maybe giving the users the opportunity to download them as eBooks. Or, we choose to apply narrative to the delivery of our product, specifically the Comedy one, and make our users the Heroes, our own online courses the Ambient where they will have to pass through trials and exams in order to scale to higher levels snd being accepted by the Society (the site’s community). If this storyline seems strange to you, then go to www.codeacademy.com and see it in action.

A similar example can be DistilledU or the MozPoints system by SEOmoz, especially how it is used in its Q&A section and Profiles .

Gamification therefore is a marketing tactic that relies on a narrative mechanism, being badges, awards, titles examples of its rhetoric, and it a web marketing expression of the “Low Comedy” Mode.

Comedy modes are the most common to use if we want to sell something and, especially, if we want to make the casual users a faithful one. In fact we want the user to feel himself as a hero because he became part of our – literally – Brand New World. 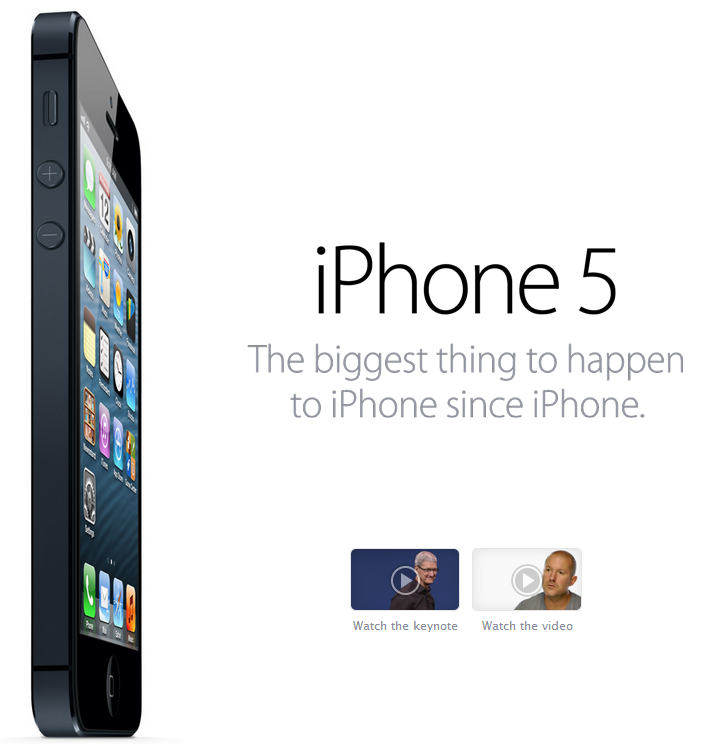 Take the Apple site as an example. In this case Apple applies the rules of the High Comedy Mode.

Apple is the Hero, not the user, and being the Hero Apple has a mission: to make its own vision of the technology the only one correct. All its Content Marketing strategy, even the product presentations (not streamed as other Companies do, but “private” at first, and scarcity is another narrative mode, typically ironic), is meant to explain and state its correctness. And they are convinced that they will win and the Society – the industry – will accept and desire to be part of its vision. Somehow, mixing comedy modes, the universe of Apple is that idyllic one those other heroes – the clients – want to be part of “even if they didn’t know it before”.

But the king of Modes is the Ironic Comedy one, especially in its variant as Parody. 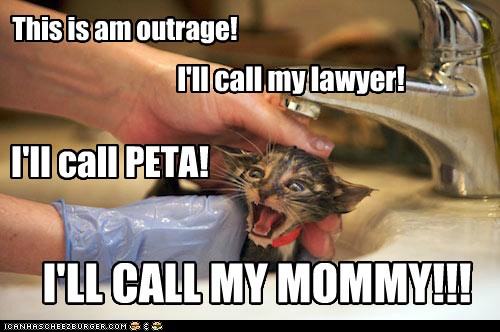 A Parody is the act of creating something using the rhetoric of a genre but making clear we are not taking those rules seriously at all, perverting the original purpose of that genre itself. Online we see a lot of parodies. Take, for instance, I Can Has Cheezburger. It is substantially a photo-sharing site, which follows the basics of any other site of the genre (i.e.: Flickr), but being a parody of them. Not outstanding beautiful photos, but funny hilarious ones.

The Ironic Comedy, meant as narration of destruction, it is very used too. Sometimes metaphorically, as the harshest posts Ian Lurie writes against bad marketers, or the most sarcastic ones by Geraldine Deruiter in the Everywhereist.com (check her The Ten Commandments of Air Travel, which amazingly mix it with parody), and sometimes literally, as the Ford UK YouTube Channel did uploading the crash tests of the Ford B-Max. 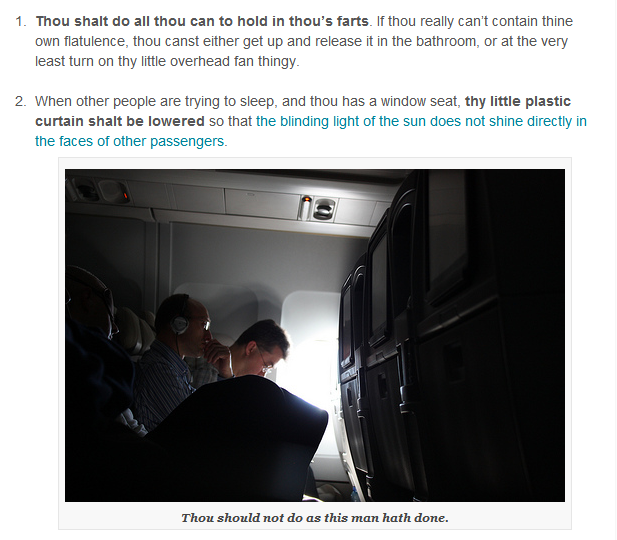 The crash test example also teaches us one thing: ironic comedy, used to its extremes consequences, tends to use mythical images. The hero (the car in this case, but it can be an iPad or anything else) is destroyed, but its destruction is how it pass the trial and become accepted by the Society.

These are just few examples, and somehow an introduction to how the Theory of Modes influences the way we conceived narration on the web too. Storytelling is simply an application of that Theory… and Content is not that easy thing as many wants to make you believe; but you can learn it from understanding its mechanisms and studying what others are already doing.

So, please, next time you want to use a specific Content Marketing tactic, don’t do it just because you think your target likes it or because everybodies do it, but because it is consistent with your own narrative and because it is what your target really desire to experiment. Just following this principle, your Content will be your passport to online success.