Skip to content
Home » Articles » Uncategorized » What Happened with the “Shared by” Thumbnails in the SERPS? 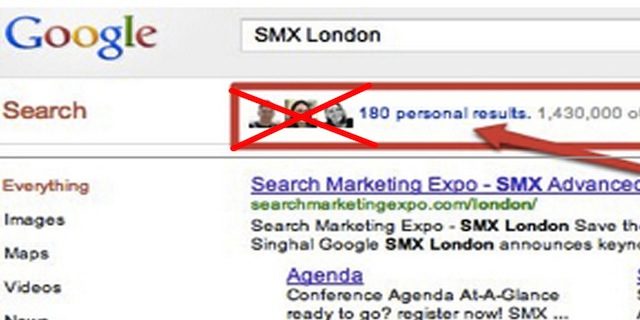 What Happened with the “Shared by” Thumbnails in the SERPS?

A few years ago Google for the first time introduced images in to the search results. And not just images, images of people you personally knew. Personalised search had been around for a while (in 2009 it became default) and Google then still had the deal with Twitter which allowed them to see which of your friend had tweeted about a specific article.

When the deal with Twitter went bust Google had nothing left but their Google+-1s and whether or not something was shared on that platform. Thus the images were now not of tweets but of Google Shares. When Google extended their personalised results with Search Plus Your World last year the images were even expanded to the top of the search results page showing some of the faces of the people who were responsible for the personalised results. Now those images seem to have disappeared.

Here is what the results used to look like, you can see the small thumbnails above the results and one showing Carla shared a result: 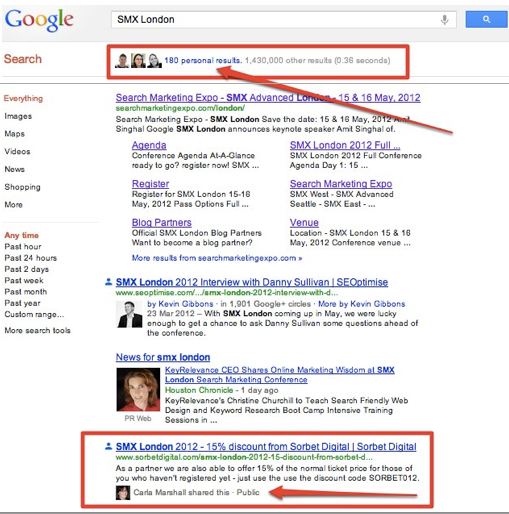 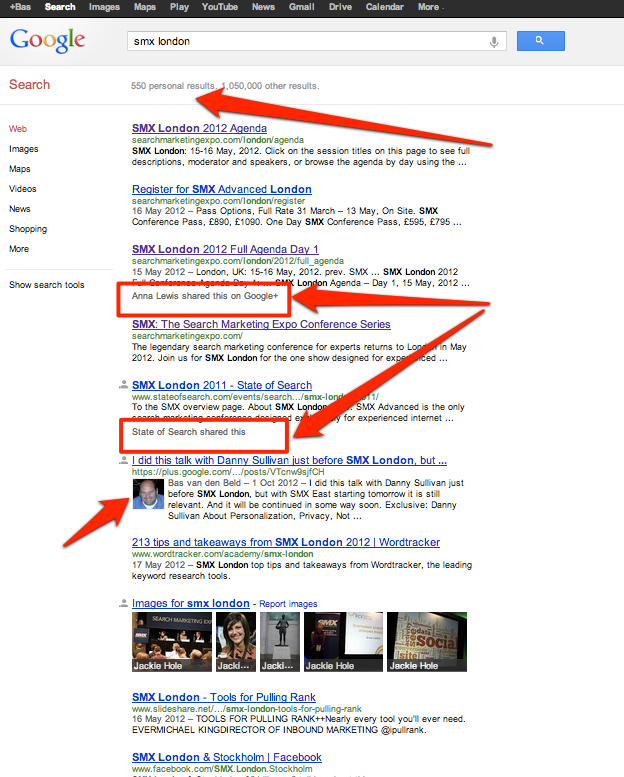 As you can see there are still personalised results and Google still shows it if people have shared something, they just removed the images. The link of someone sharing it goes straight to Google+.

In some cases it still shows names of those who +1ed a page:

The images were there with a ‘psychological’ intent, meaning that faces of people you know might help trigger that you click on personalised results more, it makes you feel more comfortable with the results.

It is unclear why Google has removed these images and if it is something permanent or not. Is it a design issue, is it because they want more focus on authors or maybe even on the links to Google+? We have reached out to Google but did not get a response yet. Fact is that the emphasis now lies even more on the authorship markups because these images are bigger and thus much more visible.

I got a response from Google on this since I asked about this. I am waiting for confirmation that I can put the entire quote here, but in general their answer was that it could be something which Google is testing and that it probably is a small test or change which is why they didn’t announce it. If I can put in the entire quote I will do so!