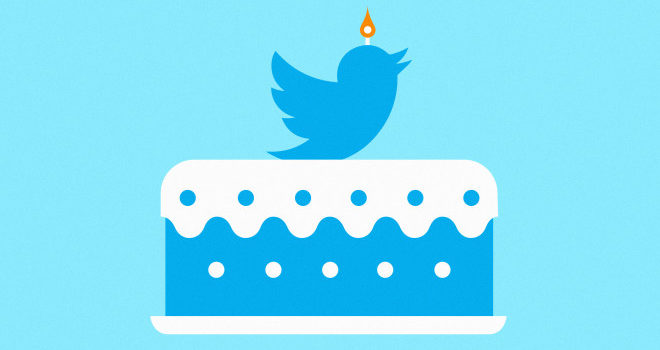 Today marks Twitter’s 10th birthday. This means it is time to stop and look back. Because Twitter has played a huge role in our lives. We’ve already posted an infographic with a few highlights of the last decade. And Twitter itself launched a nice video:

Starting in 🇦🇺 on 3/21 and moving across the 🌍, we thank you for 10 incredible years.

I wanted to write a bit more, though. This because I believe Twitter has not ‘just’ played a role, it has played a huge role in probably all of our lives. Especially the lives of the marketers. I wanted to stop and think about that for a second.

In the past decade, Twitter has brought me so much, it’s hard to even begin mentioning things. But it starts with my Twitter account of course ;-). I truly believe that without Twitter, the marketing landscape would have been completely different. I know, it sounds a bit ‘tacky’, but I do believe that without Twitter none of us would have been here. Let me just name a few things:

Twitter has allowed me and you and many others to connect so much easier. Through Twitter it was way more easy to connect and meet people than it was before.

Twitter has given us traffic. Internet traffic that is, what would we do without sending out tweets about our articles?

Twitter has given us fun. So many jokes, so many fun gifs, pictures, videos and links. I’m glad they’re not in my inbox, but on Twitter ;-).

Twitter has given us ways to brand ourselves. Not just through links to our websites, but by allowing us to connect with 1000s, millions even, at a time

And there is so much more!

I reached out to the State of Digital team to ask what Twitter has brought them in the past 10 years. Here are some of the answers:

Jan-Willem Bobbink
Twitter to me is an easy source for keeping up to date with the industry, a great marketing tool for me as a consultant but above all, it got me some great friendships.

Jo Turnbull
Twitter is a fantastic way of getting new information that is sometimes urgently needed like in agencies. There are always great tips and news clips shared on Twitter especially during conferences. I have found it useful connecting with others when I was freelance and also while running my current meetup – Search London.

Jack Telford
For me as a marketer, Twitter provides instant access to an audience likely to be interested in any topic I’m focusing on (via hashtags and the ‘@’ functionality). For me personally, Twitter is a great source of news, a networking tool and a way to keep in touch with friends.

Hannah Thorpe
Twitter has to be my favourite social network by far, not only is it a great way to stay in touch with friends and meet new people, but it also is the ideal tool for marketers. We run an event called Optimise Oxford and have found that we can increase engagement and encourage far more ticket sign-ups via Twitter and utilising our #optimiseoxford on the day. This method helps us to create a sense of community with our audience and keep in touch after the events – all for free!

Steve Morgan
What has Twitter brought me? …Where do I start? It’s been great for keeping up-to-date with industry news, for making connections and new friends, and even for getting new clients. Similar to Hannah and Jo, I’ve just launched my own meetup (Cardiff SEO Meet) and I can envisage Twitter being a great way to promote it as well as for attendees to tweet out the information that they learn at each of the events.

Ned Poulter
Twitter has been a direct line of communication between me and my peers whilst rising through the ranks in the digital marketing world for a number of years now. Many of the influential individuals that I know in the industry, and many which I now call good friends, were initially contacted using Twitter. There’s something more direct and slightly less invasive than other social networks (Facebook in particular) which I love Twitter for. I hope it doesn’t lose out on what it currently does so well in the coming months and years!

Paul Hunter
For me, Twitter really is the ultimate ‘second screen’. No matter what’s happening – live sports, tv shows, major or local news events, information & content will be on Twitter faster than on any other social network. It basically gives you access to information you want almost instantly. I also think Twitter has been a game-changer for influencer marketing. You only have to look at the calibre of companies who use influencer agencies such as the Social Chain, to see how effective influencer marketing can be.

Gianluca Fiorelli
Twitter for me meant and means spreading my voice in a substantially democratic environment, because it offer you the opportunity to engage with people you normally would not even think to have a conversation with (be respectful, though!). And it meant and means feeling the pulse of the industry in real time. Ah… and I should not forget how being active also led and leads me to new working opportunities :-).

And now you! Let us know what Twitter has done for you, either here in the comments, or on Twitter! We’d love to know!

Latest Post from Bas
News Movies Every Marketer Should Watch