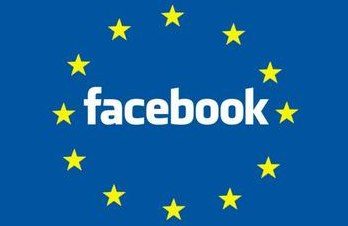 The numbers show that %-wise Monaco has the biggest penetration of Facebook users with no less than 95.47% penetration to population. That is a lot! You have to keep in mind though that the exact number of Facebook users in Monaco is not high. The small country has got 29,200 actual users. Compare that to the UK which has 29,789,040 Facebook users and Moncaco looks like peanuts. The list (see below) is lead, because Socialbaker looks at the penetration percentage, by the smaller countries. Island follows Monaco on a distance with a 65% penetration and Gibraltar is third with 60%. The lists shows the Nordic countries are very Facebook minded with Faroer, Norway and Denmark also in the top 6. The results from the UK however seem most impressive with a 48% penetration which is almost 30 million users.

Looking at the biggest numbers in actual users the UK leads the way followed by Turkey which has a surprisingly high number of users: 28.5 million Facebook users. All the other countries have less than 5 million users with Sweden (again Nordic!) and Belgium leading the way. It is also a very big indication of the differences within Europe that countries like France, the Netherlands and Germany do not show up in the top 20 when it comes to penetration. 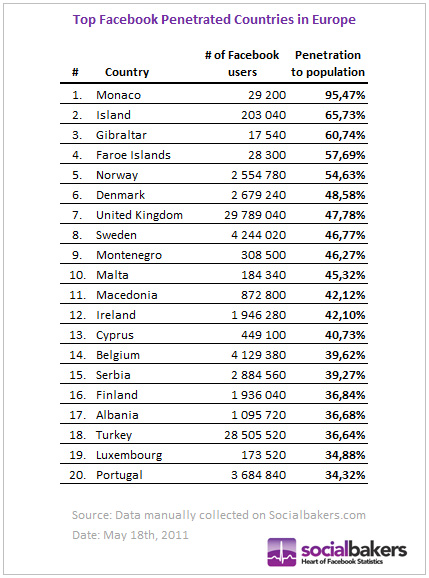