Understanding your Audience Doesn’t Mean Do Exactly What they Say

Prefer listening to the article? Download (Understanding your Audience Doesn’t Mean Do Exactly What they Say ) or play the mp3 here: 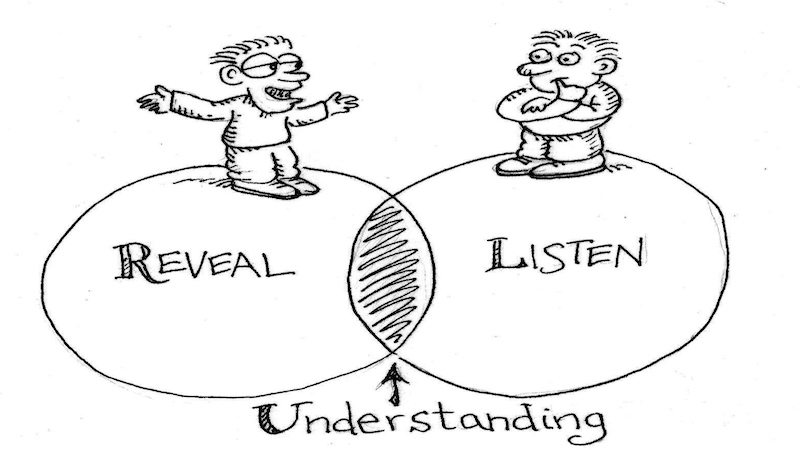 Understanding your audience is very important. It will make that you create content or a product that fits the needs of your potential customer much better. Every business should start with trying to understand their audience.

However, sometimes there is some confusion about this ‘understanding’ your audience. In those cases businesses confuse ‘understanding’ the audience with ‘doing everything they say they want’.

But understanding your audience doesn’t mean obey every request, everything the audience says they want.

This confusion mainly happens when trying to connect the dots and offering the audience something, which fits both the audience needs and a business offering. The intentions here are right, the outcome sometimes isn’t.

The confusion is that some businesses think that they then should give the audience exactly what they ask for. This is not always true.

Customer is king, not dictator

The reflex of wanting to give the audience exactly what they ask for is a natural reflex. It comes from both the age-old ‘customer is king’ idea as well as insecurity in a business. Now that they have (finally in some cases) accepted that they should listen to the audience, they ‘overdo’ it by doing exactly what the customers say they want.

[Tweet “A customer indeed is king, but they are not a dictator who you should obey to.”]

What they say or what they want?

It’s the same problem as the problem that arises when asking your audience questions:

Sometimes the audience (potential customers, existing customers etcetera) might say they want one thing, but they don’t realize that another thing could be better.

The reasons for this gap between what they say they want and what they really want can be diverse. There are many reason, but a few could be for example:

That’s why you shouldn’t ‘just’ give them what they ask for.

What you need to do is properly connect the dots of your research and then offer the customer what they need, and that doesn’t have to be what they asked for. And they will love that

There are a few good and bad examples out there of companies applying this principle. Let’s take a look at a few who want to stay ahead of the customer.

Google is a good example of how they are serving searchers answers that might not seem to be spot on at first, but exactly fit their needs. Former Google CEO Eric Schmidt once said in an interview with the Wall Street Journal:

Another good example is Apple. Especially when Steve Jobs was still alive Apple stood for innovation. Creating new products that the audience actually wanted. The thing is, before Apple created the iPhone, nobody really had asked for a smart phone. Jobs was the biggest example of someone who didn’t ask his potential customers what they wanted, he simply looked at their behavior and concluded that they needed something. This happened with the iPod, the iPhone and many other products.

Be one step ahead

Apple and Google are examples of big companies who innovate to be ‘one step ahead’ of the audience. To give them what the audience wants, before the audience even realizes that’s what they want.

This is the direction that we are heading in. Especially in digital marketing. It’s not a new process, but something that has been going on in customer-business relationships for centuries.

This is hard, but not impossible, for any business. Just take a simple example as my massage therapist. She understands the needs of the audience without directly asking for it. Before I was ‘just’ expecting a massage, but with little extra’s she knows how to give the audience what they want without a lot of trouble or without asking: a little hot towel on your neck before she starts, a glass of water and a little bit of fruit after. It is very small, but it feels like luxury, and that is exactly what a client wants when getting a massage: feeling treated.

A good way of understanding this and learning from others is looking at the hospitality industry. What makes that you feel a hotel or a restaurant is good? The fact that they anticipate. Getting the extra glass of wine without asking, the free wifi, the fact that a hotel clerk knows your name. All these little things matter, because they give us what we want, without asking for it.

Of course the danger of giving the audience something you think they need is there as well. You could for example be wrong and could be giving the wrong ‘advice’. Another danger is the ‘Filter Bubble’, a danger which is closely connected to what Google and Facebook are doing at the moment. The information provided to the audience could be so much filtered that they start missing out on other opportunities.

As a brand or a marketer you should therefore always be very careful. Research your audience, understand their needs and test. All the time. And always give the audience the option to choose something else. And then monitor that.

What you should do

So the key to ‘customer is king’ is anticipating. Understanding your audience in a way that you can give them something they want, without them having to ask for it. This concept works both online as offline. In Social Media ‘customer care’ is much more than just answering to people’s complaints. 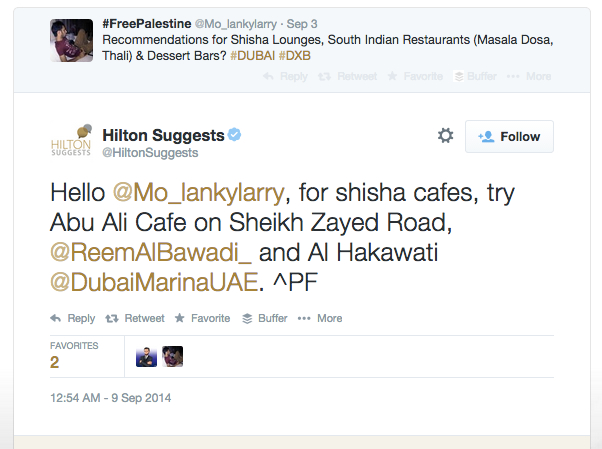 Hilton here anticipates on the audience by tweeting an answer to somebody asking for a recommendation for a restaurant in Dubai. The person asking is not approaching Hilton, yet Hilton jumps on it. That is being one step ahead.

The fact that they have this account in the first place means that they understand the potential customers’ needs. They could not have done this without understanding their audience and researching them.

So it is time for you to start researching your audience to try and get an understanding of what they want. The question you should ask yourself and to which I’d love an answer in the comments:

How well do you know your audience?