Video. It’s is nothing new to the world of SEO, but it is something we’re seeing more and more of. As increasing numbers of companies become legitimate ‘publishers’ in their own right, video content is being used to stand out from the crowd and keep one step ahead of the competition.

There are benefits both in terms of content marketing (remember, video is content too) –  i.e. the actual video content can promote your product/service and strengthen your brand as a whole – and also in terms of SEO & Social, where videos can be used to create those all-important links and shares. Be sure what your primary objectives are before you get to work. For this post, I’m going to assume that you are interested in using video content to generate links and social interaction. Lights, Camera, Action!

I have recently been involved in a really exciting video campaign for one of our global travel clients, which although relatively small in scale, has raised many big questions. There have been moments where I’ve felt frustrated by the amount of problems we’ve experienced, problems that you would never imagine could arise whilst working on something that should be so simple. Surely all you have to do is make the video, stick an embed code in it and you’re done, I thought. But months later and after one too many headaches, we’re only just getting it launched. Alas, I wish I’d had a list of quick and dirty Video SEO hacks to help me through my darkest moments…..

So, here are a few hacks that we discovered along the way. They will help you get SEO results from your video campaigns – quicker, cheaper and more easily.

1. Problem: I want to host the video on my site, but I don’t want it to be visible on YouTube/Vimeo.

We wanted our video to be exclusively available on our client’s blog, so that people needed to use our embed code (with optimised byline link) if they wanted to embed the video on their site. However, if you host your video on YouTube/Vimeo, then they will also feature the video on their site as well as having their embed code (with a link back to YouTube/Vimeo, not to our client). This made me very sad.

What we discovered: YouTube/Vimeo have advanced ‘Pro’ versions which allow you to host the video with them, but not necessarily have it available to their viewers. They also allow you to completely control the embed code – great! BUT, they also charge a monthly fee for the privilege. It’s cheap, around $10-20 a month, but for a small scale video campaign, it’s hardly the most cost effective method. After all, we want the video to be available,  and attracting natural links, for the foreseeable future.

Wistia: We also looked into Wistia to host the video for us. However, they charge a monthly fee dependent on the amount of bandwidth used. In reality, Wistia’s free bandwidth offer is probably enough to support your small-scale video campaign, but if you’re working with a bigger brand – and potentially huge viewer numbers – be aware that this could require bigger budgets for continuous hosting.

Solution: Self hosting sounds a little bit scary, but there are a couple or simple and easy-to-use tools to help. Take a look at Video JS and Kaltura, which are both open source HTML5 video players that enable you to fully control your video for FREE.

2.  Problem: I want to have the video branded, but I’m worried it will put people off watching/sharing it.

Our first version of the video featured our client’s logo plastered all over the place. It was constantly featured in the bottom right corner and it made a not-so-fleeting appearance during the opening scene. It felt wrong and we were concerned that it would discourage people from embedding it on their site

Solution: Remember, this is video content; not an advert. After some serious research and a fair amount of trial and error, we came to a happy compromise. The video now plays entirely without branding, apart from a 1-2 second flash at the very end of the video. This will encourage people to embed the video on their sites (because it’s actually quite a cool piece of video content) without them feeling  like they are ‘selling out’.

3. Problem: I want to make a quality piece of video content, but I don’t have much of a budget.

Like all forms of art, video is quite a subjective endeavour and you need to be very careful about who you commission to create and edit your video. It’s not always going to be the videographer with the most experience that’s going to produce the best video for your campaign. We had a very small budget to work with – hundreds, not thousands – so we started putting our feelers out in places like Gumtree and other local student portals. The response was incredible.

Solution: There are thousands of creative geniuses out there who are hungry to gain some experience and create work they can put in their portfolio. Don’t assume a student is incapable of producing truly outstanding work. As we found out for ourselves, a little bit of money goes a long way when you work with hungry artists/students.

4. Problem: The video is live but no one is linking to it!

Arhh, yes, that awkward moment when you realise no-one is even half as excited about your new creation as you are. The video’s gone live – the links should be flooding in by now, surely! But, like everything online, sometimes it just needs a little stimulation. Don’t forget other companies will always be making more interesting videos than you are – Red Bull are putting men into space, for example – it’s up to you to communicate why they should embed your video on their site.

How to do outreach with your new video:

I’m sure this won’t anwer all of your questions or solve all of your problems, but it should get you on the right path. If you have any other questions, please do leave me a comment below and I’ll get back to you in double time.

Latest Post from Ben
Video Marketing Could Your Images be Harming Your On Page SEO? 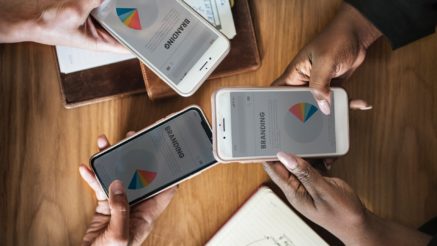 Sean Potter
Competitor research is valuable but not always the answer to secure links. There are many cases where original thinking will...
Read More
Join our 9,000+ Subscribers
Receive daily, weekly or monthly updates on our latest content