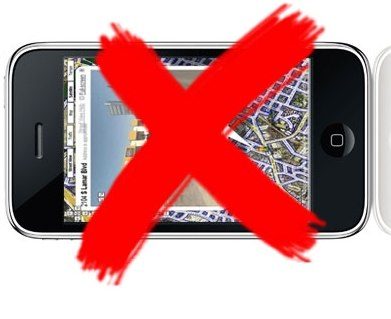 Want to see the German blurred houses unblurred? Use an iPhone

We can go on and on about Streetview and Google issues so it seems. We reported last week Google got a slap on the wrist in the UK and this morning that it might be in trouble over data gathering in the US. Meanwhile the next issue pops up in Germany. There many houses are blurred because of privacy regulations. But it turns out that if you are using an iPad or iPhone the blurring isn’t going too well.

PC World tells us some properties to be visible rather than blurred in a preview of the service launched last week.

The head of the Data Protection Agency (DPA) for Hamburg, Johannes Caspar, has been on Googles case many times when it comes to Streetview in Germany and again he is the first one to respond:

“Google agreed with our objections that nobody should see these pictures. We have to face the fact that Google has problems, and maybe these problems come from the fact they haven’t deleted the raw material. We will wait and see if Google will solve the problem with the blurring, if this is not done, we think Google can’t go online with Street View.”

The issue mainly raises questions over how Google is handling the issues around the blurring of the images. Google was said to have agreed on deleting the original images, which they now seem not to have done.