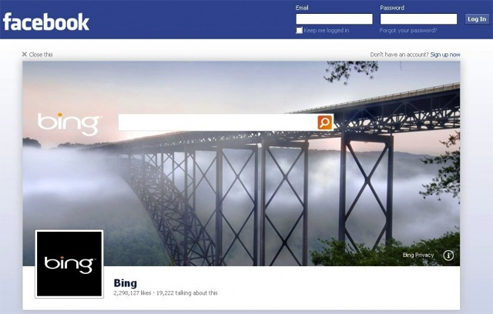 It is probably not something many people will do when they are using their own computer, but it might happen a lot when on public computers: logging out of Facebook.

It was calculated that in the US alone, 37 million people logout of Facebook on a daily basis. Monthly that numbers is 105 million users logging out. You can imagine that it would be interesting to ‘get’ those people and direct them to a specific website. This would be the perfect advertising opportunity.

Usually you will see a screen which just shows some Facebook information, there is no ad there. But some users have now seen a new trend: Facebook suggesting you to go to a specific site after you log out. The ‘lucky ones’ in this case are Bing.

Facebook announced last week that the space which Bing is now occupying for some users (not everybody has seen this yet) will be available for advertisers. Advertisers will have to wait a bit because it won’t be available until April, but Bing got the premiere. 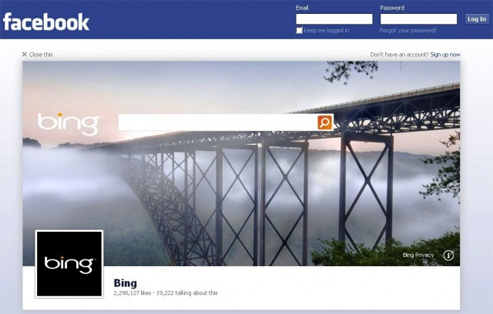 The search engine (sorry, decision engine), has a cooperation deal with Facebook and thus has the first choice so it seems. What you will see is not just an image. The ad actually shows you an embedded Bing into the Facebook page, which makes that you can start searching right away. The search will then open in a new window so you won’t ‘lose’ the opportunity to log back into Facebook as soon as you can.

This could potentially give Bing a lot of extra users and thus market share this month. In the past Microsoft search engines always benefitted a lot from people logging out of Hotmail for example. The big difference is that it is in this case temporarily. Which makes that people trying Bing must get a good experience to keep them coming back.