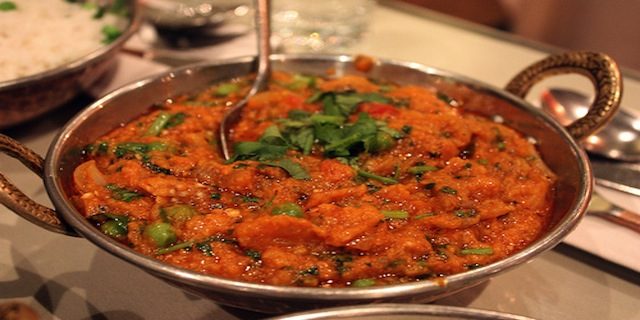 What is Britain’s Favourite Curry?

This month’s blog started as an argument about curry. Like most offices in Britain, the Experian Hitwise office has its fair share of curry lovers and it was whilst discussing the merits of a bhuna over a rogan josh that conversation turned to the subject of the nation’s favourite curry.

As conversation spilled into heated debate, we turned to Google to solve our argument.

Answers were far from conclusive. According to the top ranked Google results Britain’s favourite curry could be jalfrezi, chicken tikka masala or korma depending on which authority you listened to. Unsatisfied we collectively agreed to resolve this issue using our own search data. This would give us a holistic view not only of the curries people wanted to eat at restaurants and takeaways but also what they wanted to cook at home through recipe searches.

One of the benefits of working with a sample of millions of Internet users is that you can get a much truer reflection of the nation’s actual thoughts and feelings revealed through their search behaviour than you would through survey data.

The Daily Mail article listed at the top of the Google SERPs in the screenshot above claimed that jalfrezi was Britain’s favourite curry. The problem with this article was that it was based on a sample of people who visited the British Curry Club website. By definition the people who took this survey were going to be curry aficionados, people who ate a lot of different curries and had developed a palate for it. Now this group of “experts” would certainly be well placed to distinguish good curry from bad curry, but given their inherent bias as curry lovers, could this group really be representative of the nation as a whole when determining Britain’s favourite curry?

Even if the sample was representative, to what extent could their survey answers be trusted? There is a fascinating psychological phenomenon that people want to cast themselves in a positive light when answering surveys, even when the survey is anonymous. In this case people might give a false answer to the question “What is your favourite curry?” either from bravado (not wanting to pick a mild curry) or snobbishness (wanting to pick an outlandish curry few people have heard of) which would skew the results of the data.

By looking at Internet searches, you are free of this kind of bias. This is because people don’t feel like they are being judged by Google when they type a query into the search bar and so they are much more honest with Google than they are when talking to friends or answering surveys. The other bonus of search data is that you capture every aspect of life, so whilst an individual might well treat themselves to a jalfrezi on a night out, actually when they buy curry from the supermarket or want to cook curry at home they will go for madras. In this way you capture not just one facet of Britain’s love for curry but the complete picture.

So what is Britain’s favourite curry? By looking at the millions of search queries made over the last three years across all curry searches (recipes, restaurants, takeaway, calorie counts etc.) the definitive answer is – masala. 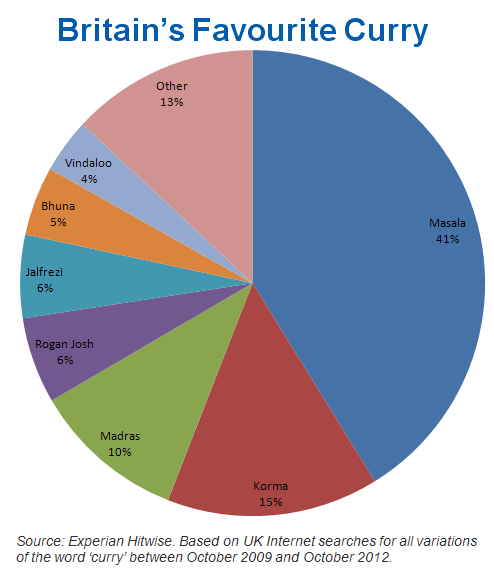 Masala is by far Britain’s most searched for curry, accounting for 41% of all curry searches over the last three years. The mild korma accounted for 15% of searches whereas the hotter madras came in at number three with 10% of the searches.

Whilst this is intrinsically interesting and importantly settled our debate, the wider point here is the value that can be gained from online intelligence. Comprehensive search data is a barometer of the mood of a nation, and to my mind is the best method of understanding true consumer behaviour. The insight that can be taken from this kind of data is invaluable. 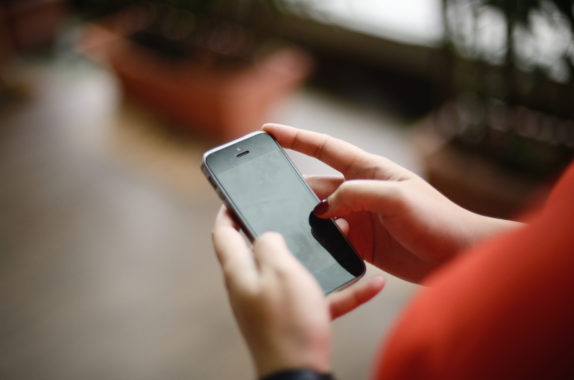 Latest Post from James
Uncategorized How bots are reshaping the customer experience
Join our 9,000+ Subscribers
Receive daily, weekly or monthly updates on our latest content