A marketer’s biggest challenge may very well be simply getting its target audience to take note. Think about it: You have an important message to communicate and you want to ensure your audience pays attention. What’s your best strategy?

For some nonprofits, the answer has been with shock via prank-style PSAs – and marketers can broadly learn something from them about engaging in a dramatic fashion without alienating or offending.

In fact, here are five campaigns that illustrate how to best walk the line between shock and offensive.

In March, for example, We Save Lives, a nonprofit that says it is focused on “stopping preventable crashes from drunk, drugged and distracted driving,” launched a PSA, Reflections from Inside, in which bathroom mirrors at bars were rigged so that instead of their own reflections, patrons saw Kris Caudilla, a man serving 15 years in a Florida prison for DUI manslaughter.

According to Ad Week, the feed was not in real-time as live broadcasting from prisons is verboten, but “clever editing” makes it seem like Caudilla is speaking to revellers, imploring them not to drink and drive.

And, a month later, the nonprofit said Reflections from Inside had 35 million views in the US – the vast majority of which are on Facebook. (It also likely benefited from a segment on NBC’s Nightly News.)

Meant to drive osteoporosis awareness, Beware the Chair included a remote-controlled wheelchair that chased women, but it drew criticism from disability rights advocates for portraying the wheelchair as “an object of doom,” which one advocate said instead drove fear of disability.

@emily_ladau, NOF and NBHA provided educational information for the @Beware_TheChair campaign, but withdrew our support after seeing the ad.

The criticism inspired a protest, which spurred the National Osteoporosis Foundation to withdraw support for the campaign.

The Beware the Chair video and site have since been pulled.

But that’s not to say these provocative prank-style PSA campaigns can’t – or don’t – work. In fact, FCB Health has tapped this strategy elsewhere and seen success.

To wit: Melanoma awareness and education nonprofit Mollie’s Fund wanted to convince young women not to use tanning beds – in part because just one indoor tanning session substantially increases the risk of melanoma — so it collaborated with FCB Health on its Free Killer Tan campaign.

In this execution, FCB Health set up a tanning salon in New York that doubled as a funeral parlor. And when consumers showed up ready to cash in on their free tans, they instead got front row seats to their own funerals, complete with organ music and mourners, as well as a board-certified dermatologist.

“The tanning bed was set up like a coffin in the front of the room…and we shocked them into the idea that tanning can be harmful,” said Rich Levy, chief creative officer at FCB Health.

“But it also started colleges around the country [pledging] not to tan and things like that,” Levy added. “The event itself was shocking and the video that accompanied it was shocking, but the message was very positive — one exposure could cause you to get melanoma and skin cancer and, of course, because it came from a family that was personally impacted by the tragedy of their daughter dying of cancer, it had added weight.”

That’s because Mollie’s Fund was started by the parents of a 22-year-old woman who died of melanoma, which they attribute to her use of tanning beds.

And so this leads us to an initial takeaway:

If you want to use a prank-style shock tactic in a promotional campaign, you need to stay positive.

In fact, Levy attributed the campaign’s success to its positive focus on bringing awareness to something harmful.

“That’s the big difference – once you cross the line into pointing fingers and saying, ‘You’re doing something wrong,’ that’s when people turn off the message,” Levy said. “You can shock them into paying attention as long as the message is seen as being positive and helpful. The drunk driving example is the exact same thing – it’s not pointing fingers, but it’s saying, ‘Doing this has these consequences, so don’t do that.’”

Another campaign from an FCB Health company with a strong dose of positivity is Hero Gene, which sought to fill the gap of the more than 50,000 people each year who need bone marrow transplants, but don’t find a match on the National Bone Marrow Database. But, Levy noted, encouraging people to sign up to be bone marrow donors is a tough ask because it is time-consuming and painful.

However, after research showed comic book fans are four times more likely to be organ and blood donors in part because they are driven by a desire to help others, the FCB Health agency, Area 23, went to New York Comic Con 2015 in search of “heroes.”

There, Area 23 set up a Hero Gene Laboratory and asked attendees to swab their cheeks to see if they had the “rare mutant gene” to make them a patient’s real-life hero, giving them what Area 23 called “their own superhero origin story.”

“We found that people who are comic book readers have an overriding desire to do good in the world and help…and in [four] days, we got 500 people, which is shocking in a very different way,” Levy said. “It was shocking because you’re not scaring people, it’s about bringing out the inner hero in you and most of the people who came in to the booth had no idea what they could do and how they could help someone, but once we explained to them what they could do to help, all they wanted to do was help…it was not scare tactics, it was tapping into their inner self that people don’t usually think about.”

And while Hero Gene isn’t quite as much of an overt prank-style campaign per se, it does underscore the power of positivity, which can certainly be included in more provocative campaigns as well.

Love Has No Labels

Take the Ad Council’s Love Has No Labels, for example, which Gary J. Nix, principal consultant at marketing consultancy the Brandarchist, said is a great illustration of a provocative campaign that strikes the right chords.

Per Nix, provocation is a natural desire in PSAs because the organizations behind them want to activate people. And, often, in order to get consumers to do something, marketers have to be provocative in some way.

“This is okay because provocation does not only have to be irritating,” he said. “By definition, provocation can also be stimulating and that’s what you should be trying to do — not only grabbing people’s attention, but getting them to act on the needs of the cause being served.”

Love Has No Labels is able to do this by using a giant x-ray screen to showcase couples, families and friends as skeletons prior to a big reveal with their gender, race, religion, age, etc., which is meant generate awareness and conversation about bias.

And it seems to have worked: The YouTube video has over 57 million views to date.

“The provocation was two-fold: first, displaying the fact the love between two human beings is natural and should be celebrated as shown through an x-ray filter,” Nix said. “You don’t know who these two people are nor do you know their gender, race, etc. After the couples come from behind the x-ray, there is such a powerful revelation that what matters most is the love they have for each other. It’s a great way to show diversity and inclusion in life and therein lies the point.”

That being said, even in the most successful campaigns, not everyone on the receiving end will be happy.

This is reminiscent of the recent brouhaha over clothing retailer Old Navy’s tweet featuring an interracial couple.

And this gives rise to a few more marketing takeaways. Namely:

1. You Can’t Please Everyone

“There were still people that voiced negative opinions [about Love Has No Labels]. And, because no matter how hard you try, you cannot please 100 percent of the people 100 percent of the time, you have to choose your hill to stand on,” Nix said. “The Ad Council clearly knew that some people would not be happy about this campaign, however, the campaign was not for those people. It was designed to make a better, more inclusive world and was executed with that in mind in a clear and consistent manner.”

Levy agreed, pointing to YouTube and Twitter, where there are inevitably always negative reactions no matter how positive the overall response.

“For every group that will view your [campaign] positively, there will always be an advocacy group on the other side…if you’re putting out a message, [you have to know] there will be people out there that will point fingers and say, ‘How dare you,’” he added. “I’m sure there were people who thought Free Killer Tan was intrusive and used the power of media to trick [consumers] and yet you have to be willing to accept that the positive nature of your message is better than the one or two negative things you’ll get.”

2. Have a Clear Goal

Further, Levy said having a clear understanding of what you want your audience to do is also valuable in prank-style PSAs – not to mention marketing overall.

“You have to be very, very clear about what you’re asking people to do,” he said. “If it’s ambiguous, people will do nothing and it might have gotten an impression, but it didn’t amplify.”

“While it is understood the majority of brands are not out to offend people, the focus of any campaign should be on serving said campaign’s purpose,” he said. “How is this campaign, at all points, going to actively remedy the issue? That is the first question to ask and the question you must answer at all points of ideation, strategy and planning, design and execution.”

And, finally, Levy noted the overall mood of the country and the frequency of PSAs seem to go hand in hand. And this, theoretically, could be valuable for brands on the fence about implementing prank-style campaigns.

“We see that when the country is sort of skeptical and angry, we get more prank-style campaigns and when we’re feeling positive and good about the country as a whole, we see [fewer],” Levy said. “In an election year when we’re so angry, it will be interesting to see if there’s a continuation of prank-style campaigns. My impression is that we will.”

Lisa Lacy
Lisa is a freelance writer covering digital and search marketing. She's also a contributor to Search Engine Journal and Smart Brief and previously covered the industry for ClickZ, SEW and Momentology. She is a graduate of Columbia's School of Journalism.
Find out more about Lisa 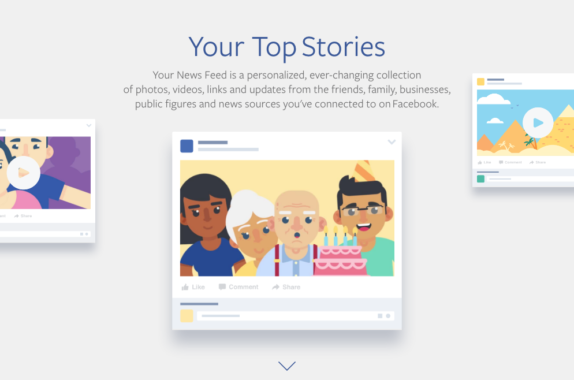