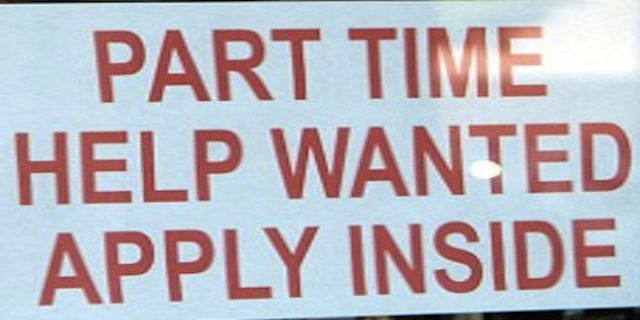 What Part-Time Jobs Taught Me About SEO

We’ve all read dozens – if not hundreds – of them before: the “What [insert totally irrelevant thing here] has taught me about [insert digital marketing discipline here]”. These types of blog fluff are threatening to displace the ubiquitous ‘top 10 lists’ as the most common form of meaningless waffling. It’s an entire subgenre of the blogosphere.

So I figured it was about time I wrote my own take on the genre. Call it a homage.

I’ve done some pretty dismal jobs for rather meagre compensation, especially in the years between adolescence and university. Coming from a working class background, it was impressed on me from an early age that monetary reward would only coincide with prodigious amounts of hard labour.

And, to make sure I wouldn’t turn in to a lazy pubescent twat (a mission only partially accomplished) my parents encouraged me to take the hardest, nastiest jobs that were available.

I learnt a lot from those early jobs I performed before and after school hours and during holidays. But did any of these jobs teach me anything about SEO? Let’s find out.

One of the first jobs any youth is likely to take on is that of paperboy. In the Netherlands this meant I had to get up at around 5:30 AM (5:45 after repeated bashings of the snooze button), throw on some clothes and jump on my bicycle to rush towards the newspaper depot on the other side of town to collect the papers, and then deliver them to a range of subscribers’ homes.

I did this job for way too long, braving the extremes of Dutch weather including monsoon-level torrential downpours and gale-force winds that turned fallen leaves in to deadly projectiles that would rip the first feeble fuzzings of facial hair from my face, all the way to Antarctic levels of freezing cold that would make my undeveloped ballsack retreat in to my bodily cavities. 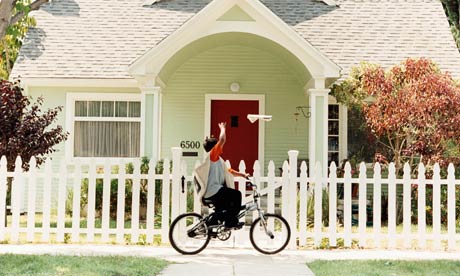 In theory delivering newspapers could be interpreted, if one is particularly generous, as ‘working in the news industry’. One could potentially see how exposure to newspapers could teach a young impressionable mind about the power of well-written headlines and eye-grabbing imagery.

What I actually learned was how to avoid getting mauled by the Jansen’s rabid Doberman and how many layers of clothes would serve as effective insulation from what I experienced as Mother Nature’s grossly unfair ongoing feud against my personal comfort.

At some stage my parents concluded that a lad with such a sturdy constitution as myself should not lock himself up with his computer during school holidays, but should get out more. Preferably to earn some money. The two could combine wonderfully with a summer job as a public park maintenance worker.

I imagined this summer job would entail a lot of standing around in public parks, lazily stirring shrubs with shovels in between stealing admiring glances at skirt-wearing girls who happened to stroll by with their puppy dogs.

It actually ended up with an awful lot of wading waist-deep through stagnant streams of putrid muck, wielding pitchforks with which we endeavoured to remove excessive plant growth so the vile sludge that passed for water could flow again. 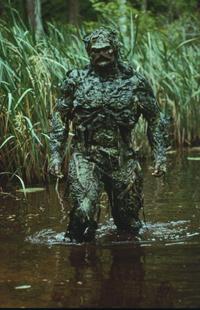 In theory this sort of job could lead one to learn about the merits of hard work and taking pride in one’s modest efforts to contribute to a more pleasant society.

What I actually learned was that when you thrust a pitchfork in to murky waters, at some stage you will impale a frog or other amphibious creature whose startled death-throes at the end of your pitchfork are likely to make you vomit forth your lunch that you were struggling to keep in anyway because of the foul stench of the muck you’ve been wading in for hours on end.

Another lesson I learned was exactly what to say to make a group of astoundingly rough, ill-tempered and uneducated men look at you as if you were an alien from a different planet (which, granted, I did feel like an awful lot whilst in the company of these temporary colleagues), and how to effectively cleanse the foul scent of a day’s work from my body so that during my weekend’s attempts to impress nubile young women I wouldn’t smell like the mutant offspring of the Swamp Thing.

By the time I made it to university I was sufficiently skilled in the mauling of a PC’s operating system – and the required fixup of said mauling to return the computer back to a working state – that I had other options besides pure physical labour. That’s how I became a part-time IT support engineer at a local call centre.

The job consisted of an awful lot of ‘did you try to turn it off and back on again?’-type problem resolution with distraught callers of varying levels of computational understanding. It paid well and didn’t involve me being exposed to anything fouler than the odour of a co-worker’s number two in the toilet, so all together it was by far the nicest job I’d ever had up to then. 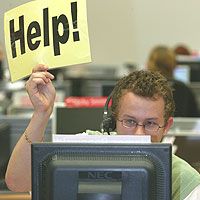 In theory this job could enable one to learn about how to translate technically complex issues in to layman’s terms, and how to nurture an epic level of zen-like patience whilst your customer is trying to find the enter key on their labyrinthine keyboard.

What I actually learned was that there are no depths to which human stupidity will not sink, and that no matter how hard you try to explain the basic concepts of operating a computer in the simplest possible terms some people really are too dumb to be allowed anywhere near a device that uses electricity.

While doing all these jobs and many others (I can quite literally bore you to death with stories from my nights as a taxi driver) has taught me much about life in general, none of them contributed in any meaningful way to my skills as a SEO.

There’s just one job that really helped me become a better SEO, and that was doing SEO.