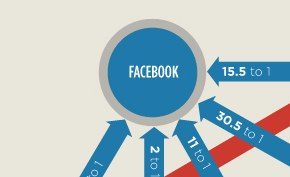 Where is all the talent going? Facebook gets most

I always tell people that the generations below us will be the ones actually making big changes to the digital world because they are raised with online always being there, whereas we (or at least people my age 😉 ) were raised without the Internet. It makes that you have a different way of thinking all together.

I always thought it would take decades, but the ‘new’ generation however is already here. I am growing older faster than expected maybe, but more important: the current generations already knowledgable in this matter. They have been raised digitally most of their lives. That makes them an interesting target for companies like Google and Facebook. Which means that there is a ‘war’ going on between the big digital companies to attract the best talents out there. This infographic by Top Prospect Data Labs shows us who is winning this war: Facebook gets the most talent so it seems, or at least, they are getting the most people, if they are the biggest talents also we can’t see in this picture. 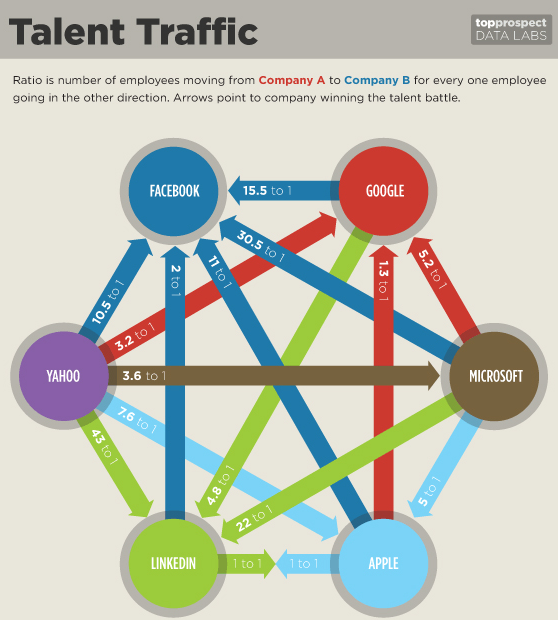