Skip to content
Home » Articles » Uncategorized » Who Says Facebook Is Not A Sales Tool? 40% Of Small Businesses Use It That Way 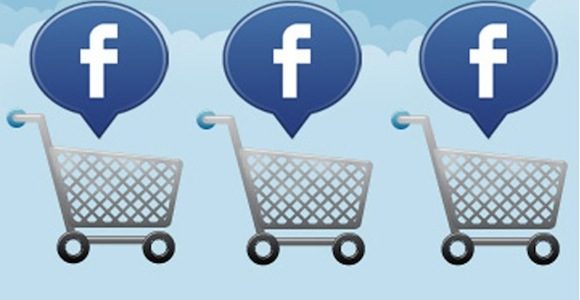 Who Says Facebook Is Not A Sales Tool? 40% Of Small Businesses Use It That Way

Social Media is not regarded as a sales tool. Most people will tell you not to expect too much of it if you want to use Social Media that way. After all, Social Media is a platform which will help gain you visibility, not sales. Right?

You might think that, but as it turns out it could be a very useful sales tool after all. At least, that is what 37% of small businesses say when asked about Facebook sales. They state that Facebook Commerce is their sole sales channel.

The respondents were all customers of social commerce platform provider Payvment, who performed this research last month. They were asked about how they use Facebook and how they liked it. Some results were interesting.

Especially the small business owners, most of who have 500 Facebook fans or less, seem to be very enthusiastic about the possibilities of Facebook. They very much (60%) like the fact that customers don’t have to leave Facebook to make a transaction, 33% feels shoppers will, because they are already more familiar with Facebook, more easily discover their products.

So is the actual ‘social element’ less important for them? No it is not, Social Marketing still seems to be core. 61% of the respondents feel it is a great advertising platform where you can promote your products using Social Marketing.

How do they get the buyers? 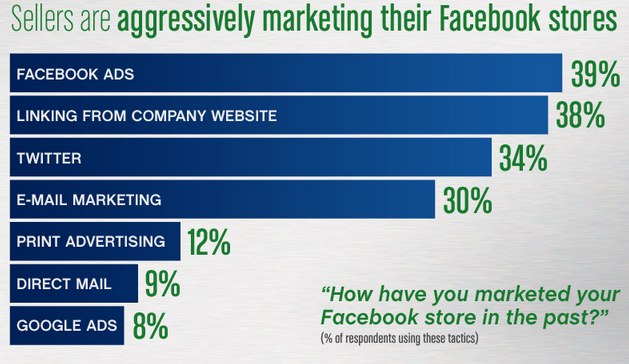 So should we all use Facebook as a store now?

So does this mean Facebook is a sales tool? Should we all move our webshops over to Facebook?

Hold your horses, not so fast. Facebook might seem interesting for these small businesses, it doesn’t mean it is already for the actual customers. Even though we are getting there, many consumers are still ‘afraid’ to actually purchase anything on Facebook. Both privacy matters and payment security play a role there.

And even though almost 40% says Facebook is their sole channel, other responded that other (online) channels also play a role, like their own website, E-Bay, Amazon or actual retail stores.

As with every research you also have to look at the background. These are all businesses already active on the web, which means they might have a different perspective than those who are not.

In general we can conclude that placing all your money on one horse would not be the smartest thing to do, so do not start running to Facebook now. But there is also a lot to be said for using the Social Media channels as a sales tool. After all, it is where the people are. Why trying to pursued them to go elsewhere if they might be willing to buy right on the spot where they are?