Why is Google Voice Giving Back Different Suggestions?

So Google launched Google Voice Search last week at their Inside Search Event. Wowza. Well, that is what many people think if you check Twitter. You can now talk to Google! And it will give you back results! At least, it works sometimes, like this Tweeter says it: “You click it and say what you want to google. It works sometimes.”

The feature has been taken from the mobile search, where you already could ‘talk to Google’ for a while. Last night I started playing with the feature on my computer. It turns out it is still a bit buggy sometimes, and I don’t mean because sometimes it just doesn’t understand what you are saying. It seems as if Google is using a different Google Suggest database for voice search, because in most cases the “suggestions” I got from Google were totally different from those I get when I do a textual search.

So this post is not about how Google sometimes mis-interprets my words, or how it just doesn’t understand my accent. It was to be expected that a search for “State of Search” didn’t get me the result I was hoping for, “status of search” was the closest Google got.

This post is about the Google Suggest I then got. Take a look at the differences between a Google Voice search and a Google Text search done right after:

See what happens? Every time I do a Voice Search Google gives me a lot less suggestions, and different ones. My first thought was: it must be my accent. But that is not it. It recognizes the words, so there would be no reason to give different suggestions there unless they think they didn’t quite understand what I was saying.

My second thought was: this is the mobile database. We are getting mobile suggests. Because of data they will probably give us less suggestions on the mobile, to save energy, right? Wrong. When I search on mobile the suggestions I get are as many as on the web, so that is not it either.

So what is this? My hunch is that it is indeed Google trying to give you more suggestions based on your voice. Just in case they got it wrong they are giving you suggestions which come ‘close’ (ahum) to what you were saying. Pretty smart.

Which made me think the next Google ‘feature’ in this direction might be something which is a combination of Suggest, Instant and Personalized Search: personalized suggestions, based on your behavior.

I am curious about what you all think of this! 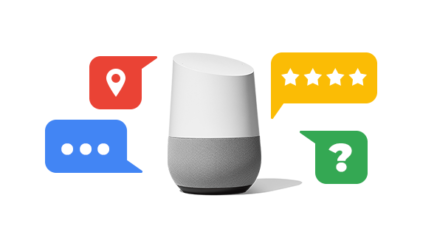 Why and how you should implement Speakable (and connected) markup now

John Warner
What is speakable markup and is it something you need to think about using? Find out why to use it,...
Read More

Kelvin Newman
A few weeks ago I read with a huge amount of interest about Rishi’s experiment around Google Suggest where he...
Read More
Join our 9,000+ Subscribers
Receive daily, weekly or monthly updates on our latest content