Skip to content
Home » Articles » Uncategorized » Working at Google can be profitable, just don’t tell anyone 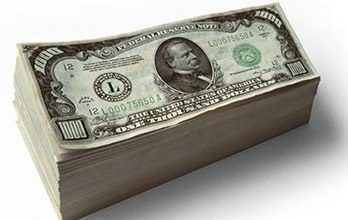 Working at Google can be profitable, just don’t tell anyone

Google is doing good. Though they now have to share the webs dominance with Facebook and the Google stocks have fallen below the 600 dollars again, the company is doing very good financially. Their revenue has been going up for the past few years reaching a highpoint of over 7 billion in the third quarter of this year.

And when Google is doing good, so are its employees. It has been like that ever since Google first started hiring. They always treat their employees right. Until the employee screws up.

Yes, its that time of year again when people at companies start talking about bonuses and raises. And Google is no different. And with Google doing well there might be a raise or two some Googlers can expect. Or a new Nexus. Like the raise four of Google’s executive officers got for 2011. They can expect a raise of no less than 30 percent. The executives can also expect some stock awards worth between 5 and 20 million US dollars. Go Google!

But other Googlers are not to worry, they are not left in the cold. Google is awarding everybody else a 10 percent raise. On top of that raise comes a $1,000 bonus, to be taken home in cash for those living in Silicon Valley.

Not bad huh? Actually the only ones not getting a raise are the Google founders Sergey Brin and Larry Page and the CEO Eric Schmidt. They are staying on their 1 dollar salary. Was it something you said Eric?

So, all Googlers are happy! Great. Thats what the raises were for: to keep them happy and to keep them at Google. After all, there have been some moves in Silicon Valley over the past few months with Wave developer Rasmussen as the biggest surprise move, going to Facebook.

The problem with the raises however is that people are happy with it. And want to share that happiness. And just that has costed one employee his job. One employee apparently leaked the memo in which the 10 percent raise and the 1000 dollar bonus was announced. This engineer was then fired by Google because of this.

Rumors say Google wasn’t really fond of the fired engineer anyway and that the leaking was just an excuse to fire him. Sources within Google however also suggest that the engineer was fired because with his leaking he endangered the life of his colleagues.

Yes, he endangered the life of his co-workers. And strangely enough that makes sense. Google was giving out the 1000 dollar bonus in cash. That means that about 20,000 employees would be going home, all carrying the cash. With that word getting out, they could be in danger because who knows there might be somebody out there who had evil plans. And as we know, Google doesn’t like evil…

Still it sounds like a strange situation in which an over happy engineer was a bit un-careful and had to pay for that with his job. But as Cnet found out the specific engineer wasn’t all that popular and respected anyway.

But, if you do happen to get a bonus from Google. You better not talk about it.