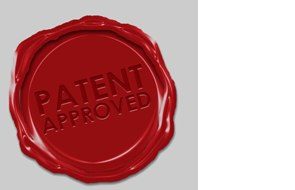 Many many years ago I studied history. Which immediately means that people think I always win at Trivial Pursuit. I don’t, because ‘facts’ isn’t the main factor when it comes to studying history. As I said last Friday at a talk I did at the UK Searchconference, what you do learn is that history seems to repeat itself. Or better said: people keep on making the same kind of mistakes.

When I read on Techmeme (it really is all over there) that Yahoo was going to sue Facebook for no less than infringement on 10 patents, I had a feeling that what I learned back in college was about to happen again: history ‘repeats’.

What is going on?

Just to make things clear a bit a quick overview of what is going on. Yesterday Yahoo filed a patent lawsuit against Facebook in the US Federal Court in California. In that lawsuit they claim they “got there first” when it comes to the use of certain technologies used in Facebook. Among those technologies which are part of the discussion are some pretty important ones for Facebook, like for example advertising, the news feed, messaging, social networking and how they handle privacy.

The ten patents are:

More on these patents on paidcontent.org

AllThingsD has the entire filing which you can read here:

In its statement Yahoo says:

“Yahoo! has invested substantial resources in research and development through the years, which has resulted in numerous patented inventions of technology that other companies have licensed. These technologies are the foundation of our business that engages over 700 million monthly unique visitors and represent the spirit of innovation upon which Yahoo! is built. Unfortunately, the matter with Facebook remains unresolved and we are compelled to seek redress in federal court. We are confident that we will prevail.”

“We’re disappointed that Yahoo, a longtime business partner of Facebook and a company that has substantially benefited from its association with Facebook, has decided to resort to litigation. Once again, we learned of Yahoo’s decision simultaneously with the media. We will defend ourselves vigorously against these puzzling actions.”

So why is Yahoo doing this? As Facebook states the two are ‘longtime business partners’. Why would Yahoo pull such a trick on Facebook? Is Yahoo doing so badly it needs the money? Did Yahoo get into some sort of fight with Facebook?

AllthingsD’s Kara Swisher suggests that it has something to do with the new CEO at Yahoo, Scott Thompson, who has quite the aggressive style when it comes to leading a company, but even she is a bit puzzled on the ‘why’.

It seems as if Yahoo just picked the ‘right moment’ to get in the game. And there the history background comes to use again. It seems as if history is repeating itself. Back in 2004 Yahoo sued Google over the use of Adwords technology which was originally owned by Overture, a company which Yahoo had just purchased. Overture had been fighting that battle for a while when they were bought by Yahoo, but it was Yahoo who eventually won the battle. Yahoo then got 2.7 million shares of stock. In return they dropped the case. Later Yahoo sold theses shares for a total of $1.5 billion, nice catch.

A very important note lies in the timing. When Yahoo sued Google and got them to settle Google was about to file their IPO. Guess in what stage Facebook is at the moment…

It seems as if Yahoo has found just the right time to put some pressure on their partners. Pressure which, because of the upcoming IPO, might be something Facebook is not exactly waiting for at the moment. Yahoo might just be after a deal instead of the money involved.

The question is: what kind of deal. Is it a ‘money deal’ in which Yahoo gets shares, or could there be more behind this whole thing. What if Yahoo is after a deal which goes a lot further, like Facebook buying a part of Yahoo? Just a thought…

More coverage on the topic:

Maria Raybould
If you want to find a marketing agency to outsource your projects, pay attention to these 7 alarm signals to...
Read More
Join our 9,000+ Subscribers
Receive daily, weekly or monthly updates on our latest content